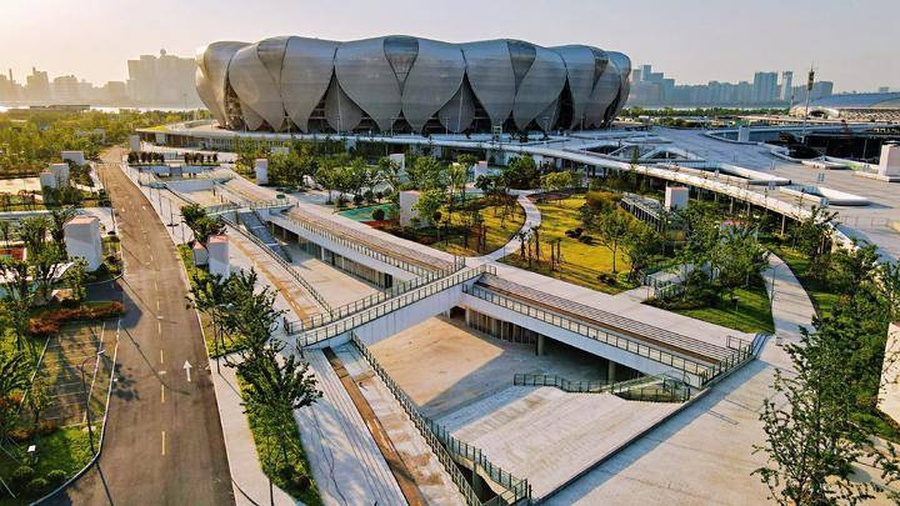 Hangzhou, China, May 27, 2020: Part of the underground complex around the Hangzhou Olympic and International Expo Centre has been completed, reports the Facebook account of Zhejiang province.

Main venues and halls in the area will be connected using underground tunnels, making it the biggest underground facility in the city.

“The project covers 986,000 square meters, taking up an area as large as 138 standard football pitches. The entire complex will open to the public before the 2022 Asian Games,” says the report.

The focal point of the 19th Asian Games will be the Hangzhou Olympic and International Expo Centre. The main stadium is known as Big Lotus and has a capacity of 80,000; it will host the athletics competition during the Asian Games. The Little Lotus tennis centre accommodates 10,000.

Several other sports will be held in the Olympic Park, including swimming, diving and artistic swimming at the new aquatics centre and basketball in the gymnasium attached to the aquatics complex.

The Expo Centre will host squash and also house the Main Media Centre, which incorporates the International Broadcast Centre and Main Press Centre. 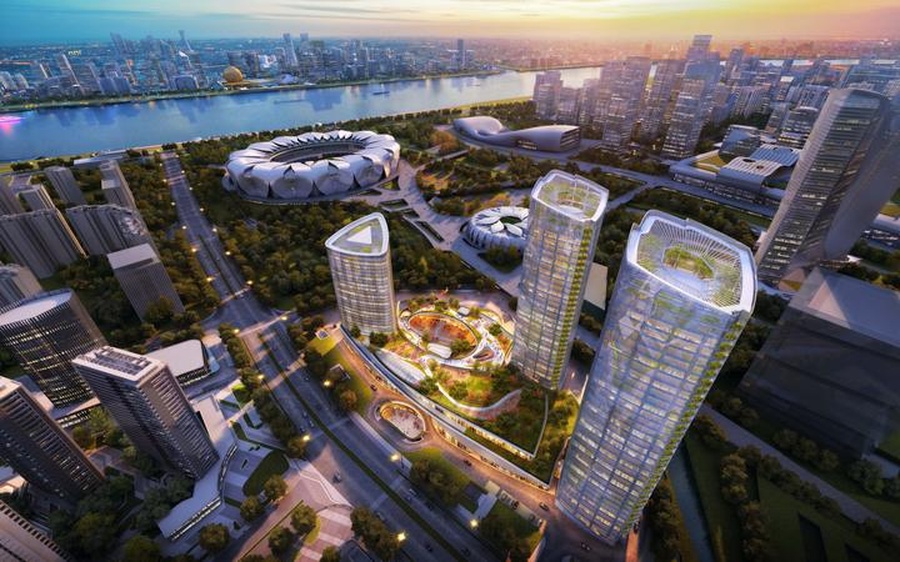