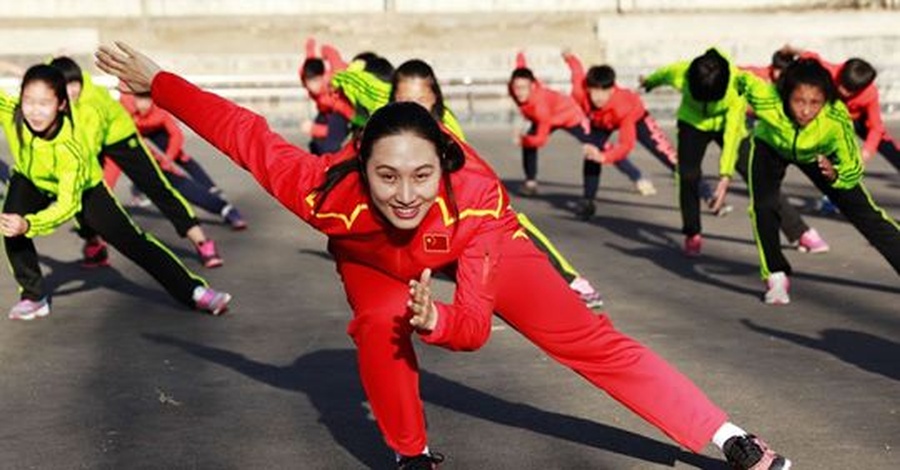 The Sochi 2014 gold medalist was recently awarded the May Fourth Medal - the top honour for young Chinese individuals presented annually before National Youth Day, which falls on May 4.

"This honour has inspired me to continue to work hard," said the 32-year-old Zhang.

Zhang won the women's 1,000m speed skating gold at Sochi 2014, China's first ever in the event at the Winter Games.

"The pressure of participating in international sports work is no less than that of being an athlete," she noted, adding that she has been learning English in recent years and is making a lot of progress.

As one of the youngest members of the IOC, Zhang Hong needs a lot of study every day. "When I was an athlete I paid more attention to my strength and performance. Now I have more social responsibilities," she said.

"The work of the IOC is different from what I had imagined," she said. "I have to fly here and there every year and deal with jet lag.

"Many IOC members are over 50. I see that everyone has devoted their time to the Olympic cause because of their passion and perseverance. This moved me the most," Zhang said.

During the COVID-19 outbreak, she not only carried out online work with her IOC colleagues but also participated in the preparation of the Beijing Winter Olympics and recorded home fitness tutorial videos.

"Whether it's writing a book about winter sports or teaching at a university, I want to help popularize winter sports in China and promote a healthy life," Zhang said.