Nepal NOC shooting for the top 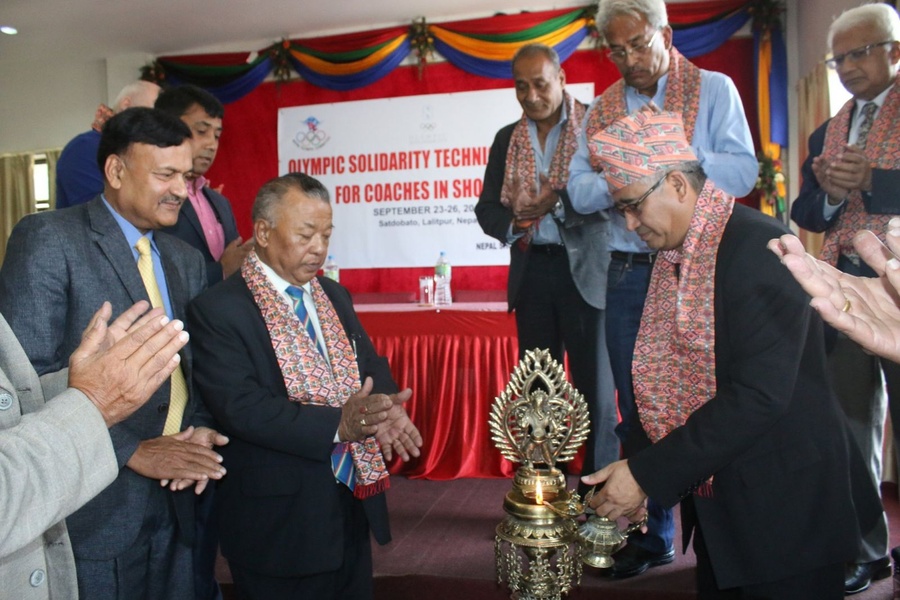 Kathmandu, Nepal, September 24, 2019: The President of Nepal NOC and Member of Parliament the Hon. Jeevan Ram Shrestha was chief guest for the opening ceremony of the Olympic Solidarity Technical Course for Coaches in Shooting from September 23-26 in the Olympic Building, Satdobato, Lalitpur.

The course directors for Rifle and Pistol are Mr. Leif Rolland from Norway and Ms. Sonal Ramendra from Hungary, respectively. A total of 30 shooting coaches from all seven provinces of Nepal came to participate in the four-day course.

President Shrestha said that the course would help to update the knowledge of coaches in Nepal and they would also learn about changes in the rules and policies of this sport.