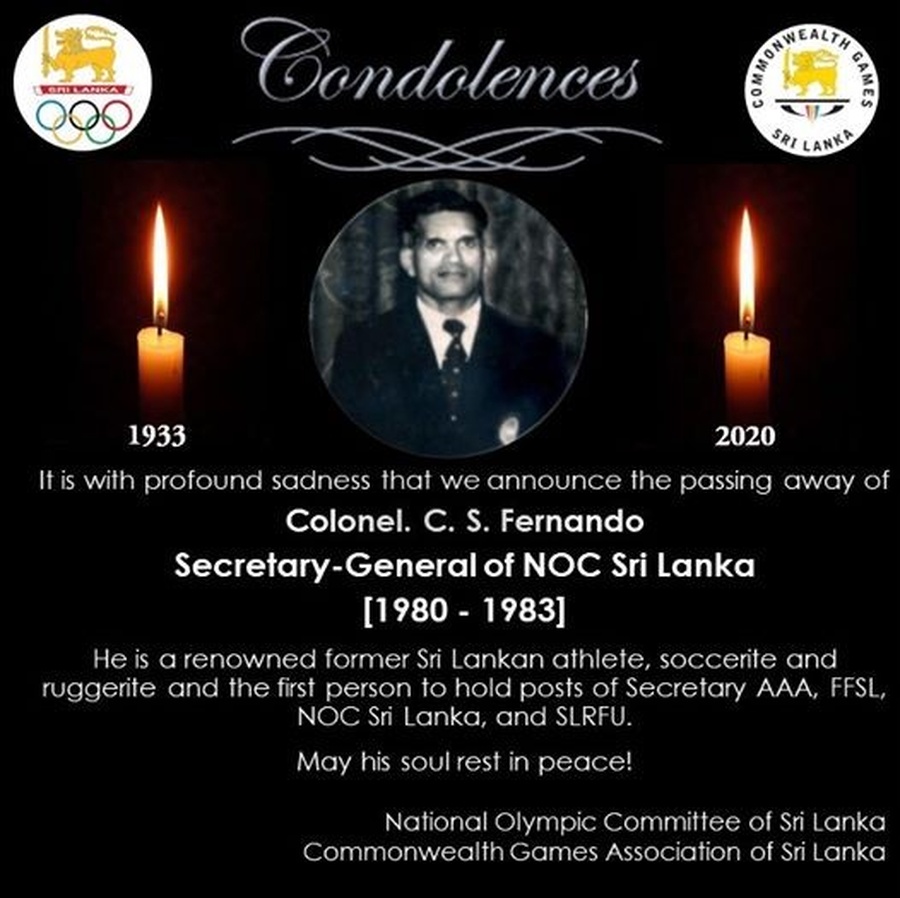 Colombo, Sri Lanka, May 17, 2020: The Sri Lanka National Olympic Committee with profound sadness has announced the passing away of former Secretary-General Colonel C.S. Fernando. He was 87.

Popularly known by his initials CS, Fernando was the first person to represent Ceylon as it was then known in three sports – athletics, football and rugby.

Educated at Dharmaraja College in Kandy and Nugewela Central College, Fernando did not participate in any competitive sport during his schooldays. His sporting career began after entering the University of Ceylon, Peradeniya.

One of the highlights of his athletic career was being garlanded by Czech great Emil Zatopek after winning the 5,000 metres in the Indo-Sri Lanka championships in Bangalore, India in 1955.

He first represented Ceylon in football in 1961, as a centre-half, and rugby in 1963, as a fullback.

Fernando was Secretary-General of the Sri Lanka National Olympic Committee from 1980 to 1983. He also held the position of general secretary of the national federations in athletics, football and rugby.