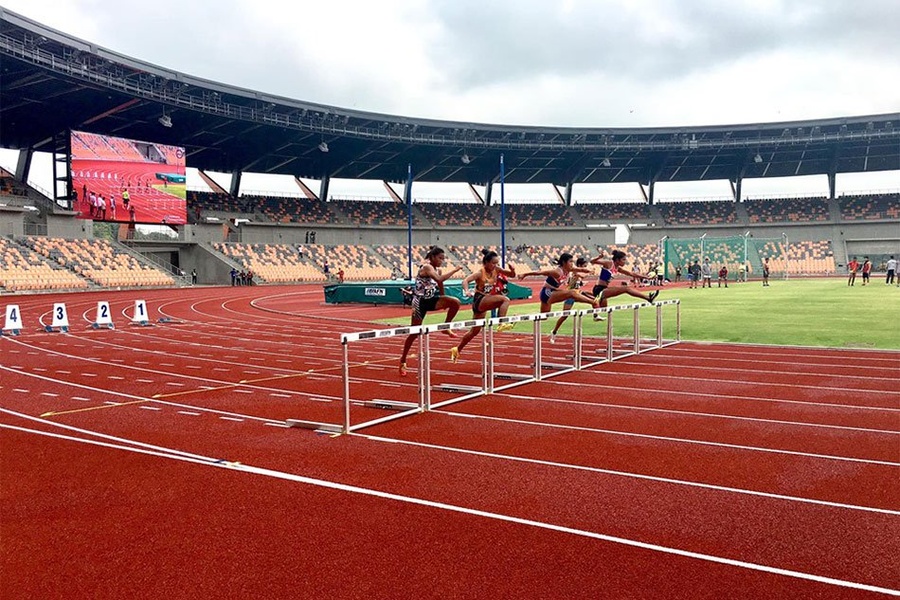 New Clark City, Philippines, September 3, 2019: More than 500 national athletes have tried out the new sports facilities at New Clark City for the two pre-qualifying competitions for the 2019 Southeast Asian Games.

Winners were selected for the Philippines national team to compete in the 30th SEA Games from November 30 to December 11.

Array Perez, Deputy Director General of the Philippine SEA Games Organising Committee, said the event served as a sports rehearsal for the SEA Games and also gave the athletes the chance to assess the new facilities.

After the SEA Games, New Clark City will be used by Filipino athletes and serve as a venue for concerts and other sports events.

The 1st National Open Swimming Championships, meanwhile, began on Saturday at the Aquatic Center and will last until Tuesday.

New Clark City, some 100km north of Manila, will be the main hub of the SEA Games. The secondary hub will be in Subic Bay Freeport Zone with the tertiary hub in Metro Manila and nearby areas.

There will be 56 sports and an estimated 8,750 athletes and team officials from 11 National Olympic Committees along with 2,050 technical officials, 1,500 press and media and 12,000 volunteers.

Bangladesh to hire South African athletics coach for South Asian Games medals bid
Dhaka, Bangladesh, September 8, 2019: The Bangladesh Athletics Federation is set to hire South Af...
Olympic Council of Asia meets Aziza Sbaity !
1. How did you find your calling in running? Was there someone who motivated you or a particular ...