Bhutan’s Olympic judo hopefuls get to grips with Japanese language 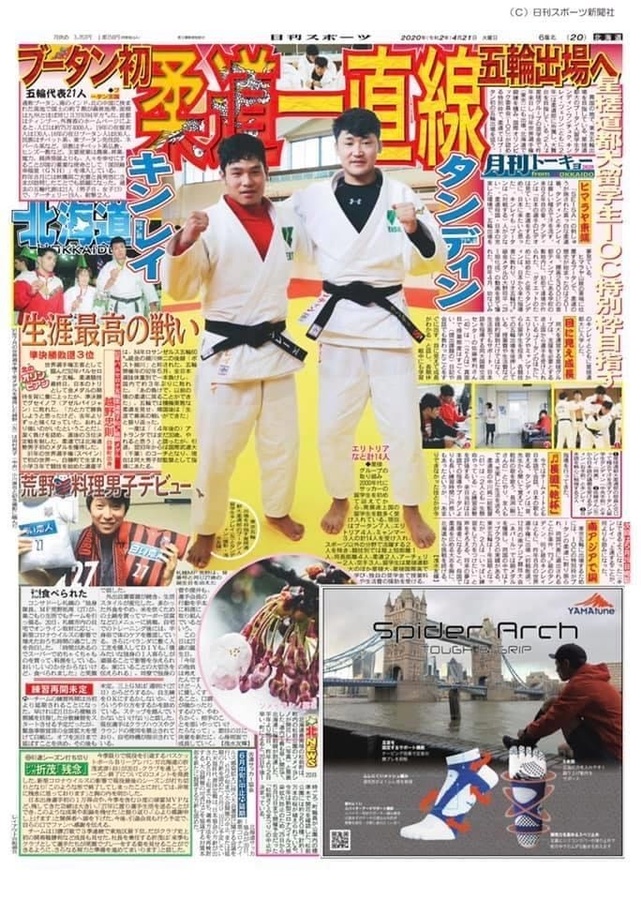 Thimphu, Bhutan, April 29, 2020: Tandin Wangchuk and Kinley Tshering have fully integrated into Japanese culture as they continue their dream to be the first Bhutanese judokas to compete in the Olympic Games.

The pair of Bhutanese scholarship students at Seisa Dohto University in Kitahiroshima, Hokkaido, have been living and training in Japan since last April.

They are studying in Japan thanks to a scholarship from the Seisa Group and are immersing themselves in all aspects of Japanese life and culture, not only judo.

In an interview with Nikkan Sports, Japan’s biggest sports daily, the childhood friends revealed that they were not only improving their judo skills but also mastering the Japanese language.

“I can sing a Japanese song now,” laughs Tandin, who won a bronze medal in the 73kg category at the 13th South Asian Games in Nepal last December.

Eri Sato, of the Seisa Dohto University International Exchange Centre, said: “Both of them are very serious and have a very good class attitude. Their conversation skills have improved and you can see growth visibly. Both of them now talk in Japanese with their teammates.”

Kinley, who also won a South Asian Games bronze medal (66kg), revealed the Olympic dream was a motivating factor. “I wanted to come to Japan to train and learn judo. There are only a few people in Bhutan who are involved in the sport and our dream is to participate in the Olympics.”

The Seisa Group, which operates the university, accepts athletes from developing countries. In addition to the Bhutanese duo, athletes from Myanmar and Eritrea are also benefiting. The Japanese company provides financial support such as tuition and living expenses for these international students

The Bhutanese pair added: “Our ambition is to spread judo back home in Bhutan.”