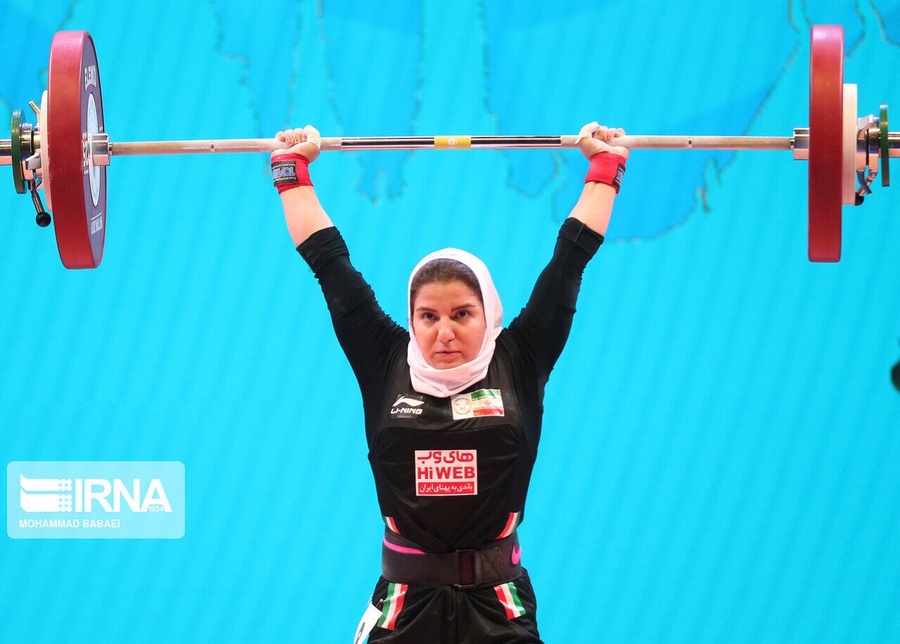 Tehran, Iran, September 19, 2019: Poupak Basami continued to make waves on the global stage when she became the first Iranian woman to compete at the International Weightlifting Federation World Championships.

Basami, who five months ago became the first Iranian woman to take part at the Asian Weightlifting Championships in Ningbo, China, once again made history when she took part in the women’s 55kg category at the World Championships in Pattaya, Thailand, on Thursday, September 19.

The 27-year-old Basami finished sixth in the D session after managing a total of 158kg – 72 kg in the snatch and 86kg in the clean and jerk – breaking her own Iranian national record.

Basami is part of a four-member Iranian women’s team appearing for the first time at the World Championships. The others are Abrisham Arjomandkhah (64kg),

While Iran has been a powerhouse in men’s weightlifting, it was only in 2017 that the Iranian Weightlifting Federation allowed women to compete officially.

At the Asian Championships, Basami lifted a total of 143kg to finish in 12th place. Her performance in Pattaya was encouraging and showed how far she has progressed.

A record of 606 athletes from 100 countries are taking part in the September 18-27 World Championships where they will be vying for gold medals as well as Tokyo 2020 Olympics qualification.