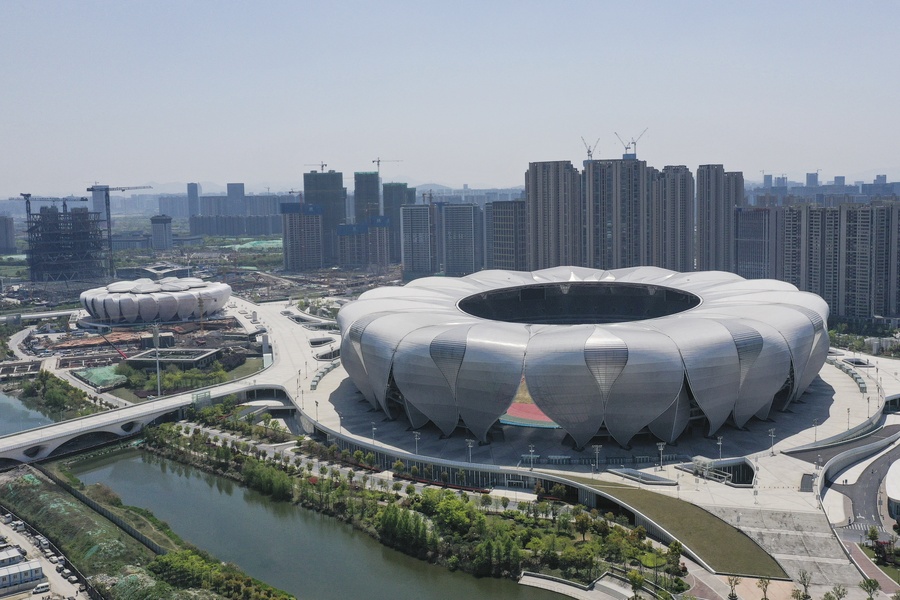 The main stadium for the 2022 Asian Games in Hangzhou, China.

Kuwait City, Kuwait, April 27, 2020: The Olympic Council of Asia conducted an online meeting of the OCA Advisory Committee on Monday and updated the members on the progress of multi-sport games in Asia.

The committee, which is comprised of IOC members from Asia, heard a report from the OCA Director General, Husain Al-Musallam. The topics included the OCA sports calendar regarding the Asian Games, Asian Indoor and Martial Arts Games, Asian Beach Games and Asian Youth Games.

The Chairman of the Advisory Committee, IOC Member from Singapore Ng Ser Miang, reported on the postponement of the Tokyo Olympic Games, which have been put back one year due to the coronavirus pandemic. He provided background on the decision to postpone the Olympics for the first time in history and the IOC’s plan going forward.

HRH Prince Faisal Al-Hussein, IOC Member from Jordan and President of the Jordan Olympic Committee, briefed the members on the flexible approach of the IOC regarding National Olympic Committee elections due to the postponement of Tokyo 2020. Most NOCs hold their elections after an Olympic Games to begin a new four-year cycle but the IOC will support a one-year delay to elections due to the need for smooth NOC preparations for the Olympic Games in 2021.

The OCA Director General updated the members on the following:

*6th Asian Beach Games, to be held in Sanya, Hainan province in China, from November 28 to December 6, 2020. The Entry by Number deadline for NOCs has been extended to May 30. The Chefs de Mission Seminar has been arranged provisionally for July 20, but if this is not possible it will be conducted by video conference. The Sanya Conifer Hotel has been confirmed as the official OCA hotel. There will be 17 sports and 93 events.

*6th Asian Indoor and Martial Art Games 2021. The OCA signed the Host City Contract online by video conference on April 23 with NOC Thailand and the cities of Bangkok and Pattaya in Chonburi province. The dates for AIMAG 6 have not been confirmed but two possible slots are the first week of April or third week of May. The 24 sports have been confirmed.

*3rd Asian Youth Games from November 20-28, 2021 in Shantou, Guangdong province. An OCA delegation led by Ng Ser Miang has visited Shantou. The sports programme has been finalised and the local organising committee has contacted the relevant International Federation/Asian Federation with the dates and requested them to nominate a Technical Director.

*4th Asian Youth Games 2025 in Tashkent, Uzbekistan. The OCA will soon be signing the Host City Contract with Tashkent.

*19th Asian Games in Hangzhou, China from September 10-25, 2022. The mascot launch was due to be held on March 26 but was postponed due to COVID-19. Instead, the mascots were launched online on April 3. The three robot mascots are known collectively as the “smart triplets” signifying the advanced internet capabilities of Hangzhou city and Zhejiang province and representing the three UNESCO World Heritage sites of Hangzhou. The sports programme has been finalised and six Prestige Partners are already on board. The OCA Coordination Committee meeting in spring was postponed but will be held as soon as the situation improves.  The construction work, which was suspended for a few weeks due to the coronavirus, has resumed and organising committee HAGOC hopes that 85% of the venues will be completed by the end of 2020.

*20th Asian Games 2026.  The emblem for the Aichi-Nagoya Asian Games in 2026 was officially released on March 23, 2020.  Organisers held a competition to design the emblem and the winning entry was submitted by Mr. Hiroshi Miyashita. The emblem contains the initial letters of Asia, Aichi and Nagoya.

*21st Asian Games 2030. The deadline for NOCs to bid for the 21st Asiad was April 22. On April 23, the OCA announced that Doha, capital of Qatar, and Riyadh, capital of Saudi Arabia, had submitted bids, supported by the respective governments. The election of the host city will take place on November 29, 2020, at the OCA General Assembly in Sanya. 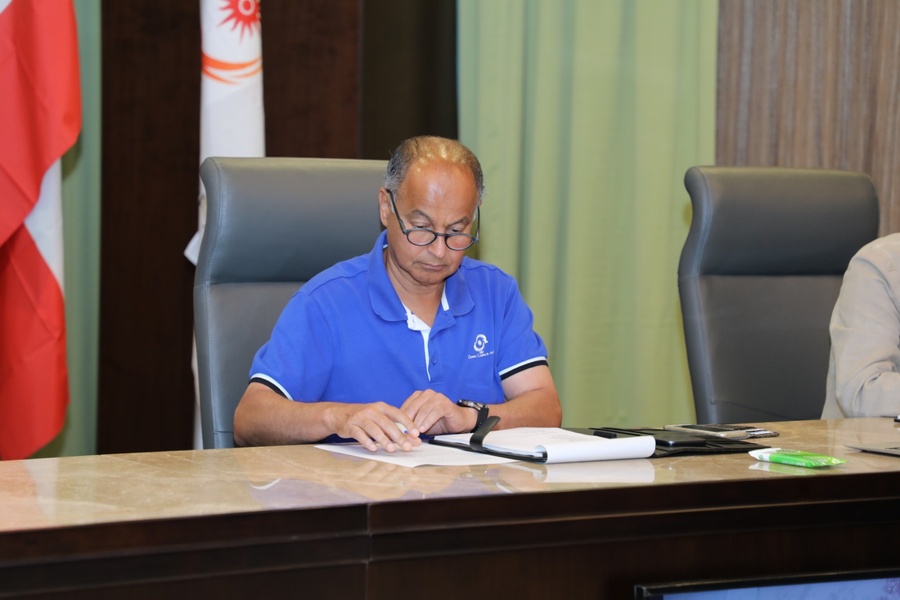 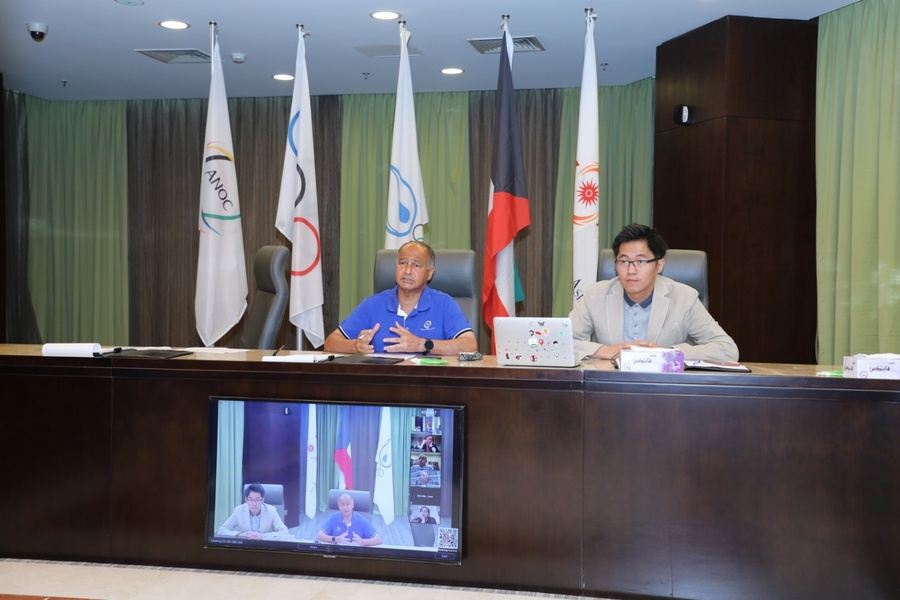