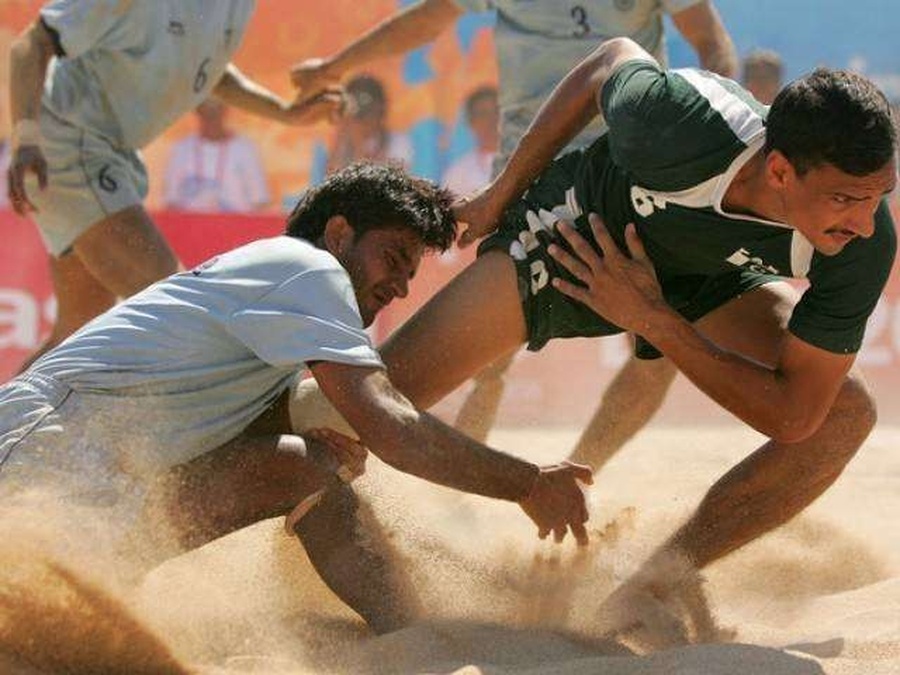 Pakistan on their way to defeating India in the kabaddi gold medal match at the 2016 ABG in Danang, Vietnam. © AFP

Lahore, Pakistan, April 26, 2020: Pakistan will take part in seven sports at the Olympic Council of Asia's 6th Asian Beach Games to be held in Sanya, China from November 28 to December 6, 2020.

Pakistan Olympic Association Secretary General Muhammad Khalid Mahmood said the NOC had sent the Entry by Sport and Entry by Number forms to the Organising Committee of the Asian Beach Games.

The third round - Entry by Name (of athlete) - deadline is September 28.

Pakistan won 11 medals, including two golds in kabaddi and wrestling, at the last Asian Beach Games held in 2016 in Danang, Vietnam.