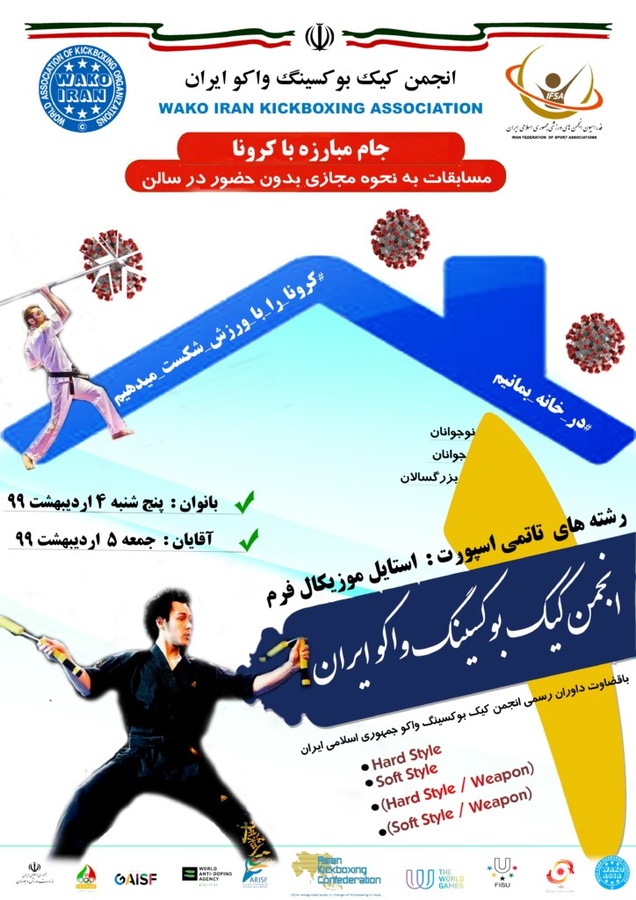 The Fight against Corona Cup will be held in a unique musical form, one of the most popular kickboxing styles, on April 23-24. There will be four musical styles for both men and women in senior, junior and cadet divisions.

“This is the first time such a competition will be conducted online,” said Sina Zahedi, acting Secretary General of Asian Kickboxing Confederation. “We believe this will be interesting as it will engage Asian members in the fight against coronavirus.”