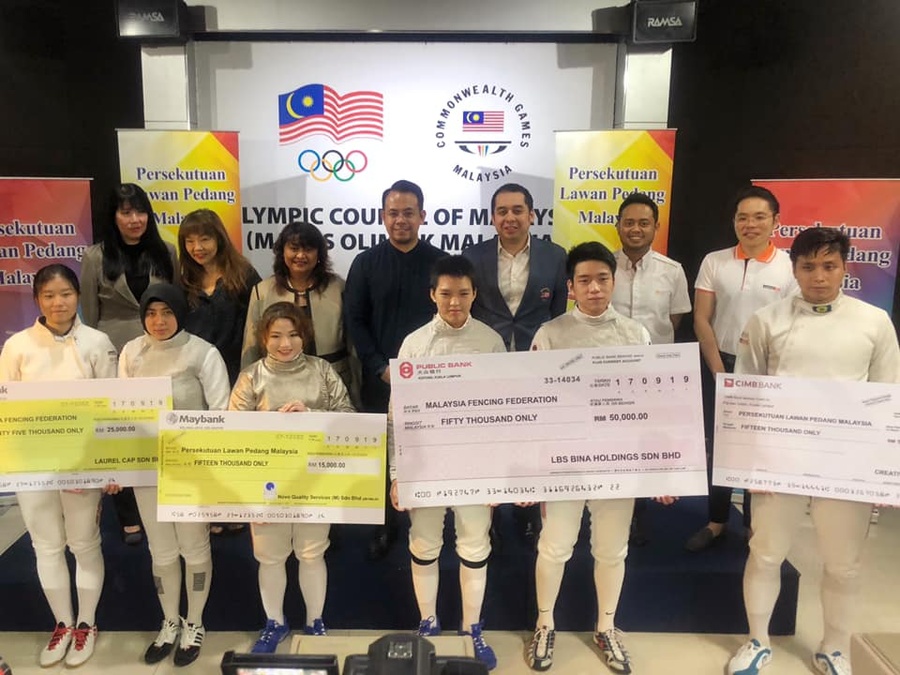 Kuala Lumpur, Malaysia, September 24, 2019: The Deputy Minister of Youth and Sports, Y.B. Steven Sim Chee Keong, made a visit to the Olympic Council of Malaysia HQ in Kuala Lumpur on Thursday, September 19.

This was the first visit of Y.B. Steven Sim to the OCM since his appointment as Deputy Minister of Youth and Sports in July 2018.

Prior to his visit to the OCM, Y.B. Steven Sim witnessed the Sponsorship Presentation Ceremony for the Malaysian Fencing Federation (MFF) which was held in the OCM Sports Museum & Hall of Fame within the OCM Indoor Sports Complex.

Dato’ Mohd Nazifuddin explained that the MFF became an affiliate member of OCM in 1966, 53 years ago, and that MFF had achieved a “Grand Slam” by participating in four major multi-sports games under the jurisdiction of the OCM: Olympic Games (qualified on merit in London 2012), Commonwealth Games (Edinburgh 1970), Asian Games (Beijing 1990, Guangzhou 2010 and Jakarta-Palembang 2018) and SEA Games (12 participations since 1989).

During the Press Conference, Y.B. Steven Sim said the Ministry of Youth and Sports welcomed support from the private sector in the promotion and development of sport at all levels. He also emphasized the need for National Sports Associations to show good results and to practise accountability in order to ensure a sustainable sponsorship programme.