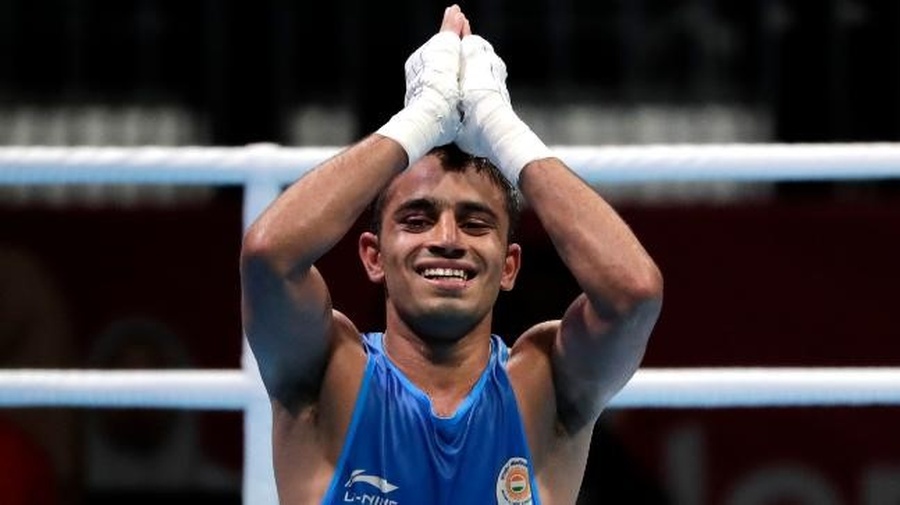 Panghal was handed a cash award of 14 lakh Indian rupees (US$19,770) for winning a silver medal in the 52kg category, while Kaushik received eight lakhs (US$11,300) for winning a bronze in 63kg class.

Panghal created a bit of history as he became the first male Indian boxer to reach the final at a World Championship.

The 24-year-old from Haryana also won gold medals at the 2018 Asian Games in Jakarta and Palembang and 2019 Asian Championships along with a silver medal at the 2018 Commonwealth Games.

“I am very proud of India’s best-ever performance at the men’s boxing World Championship. I feel India has a great future in boxing. This is the Olympic year and these medals are a sign that India is prepared to put up a good show at Tokyo 2020. I want to assure all athletes, across all sporting disciplines that we will extend all support,” said Minister Rijiju.