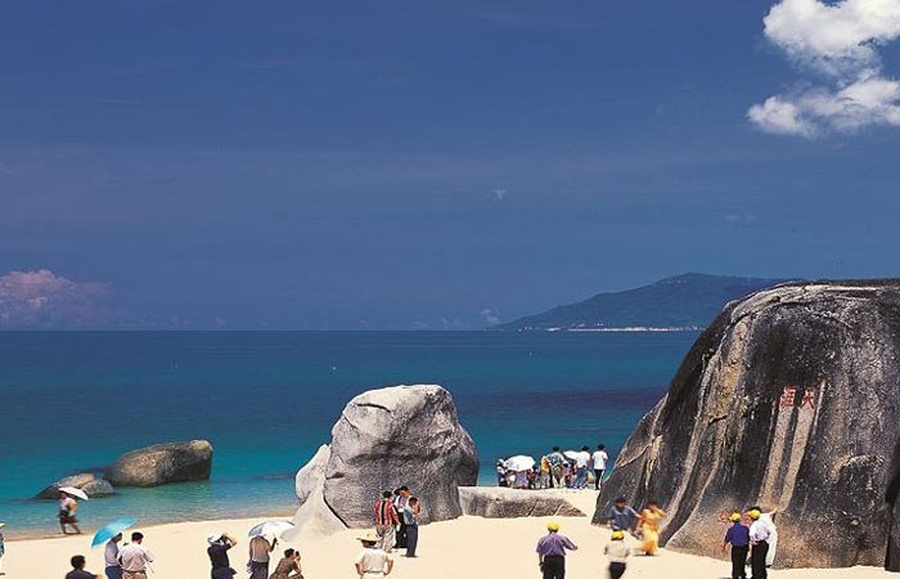 Sanya, China, September 20, 2019: The opening ceremony of the Olympic Council of Asia’s 6th Asian Beach Games in Sanya, Hainan Island, in 2020 will be held at the famous Tianya Haijiao scenic spot.

The news was announced at a press conference on Thursday, September 19 with the theme “A Splendid 70 Years and a New Striving Era” at the Provincial Information Office.

A Dong, Vice Secretary of Sanya Municipal Party Committee and Mayor of Sanya City, explained that the preparations for the ABG would be combined with the promotion of urban development.

Apart from the sports stadiums and related ABG facilities, a series of projects such as public transportation, environmental protection and landscape will be implemented to improve urban life and promote the city’s image.

On September 15, in order to learn more about the preparations of the venues for the 6th ABG, A Dong led a team to the scenic tourist spot of Tianya Haijiao. They inspected the venue and heard details of the preparations to ensure a “fashionable, environmental, magnificent and wonderful” sports event next year.

Tianya Haijiao is 26km west of Sanya city. Tianya Haijiao (meaning “the edge of the sky and the end of the sea”) Tourism Zone is famous for the Rocks of Sun and Moon, Southern Heaven Rock, Tian-Ya Cliff, Hai-Jiao Cliff and the Pre-Historic Shell Museum. It is regarded as the southern-most part of the land of China.

The OCA’s 6th ABG will be held from November 28-December 6, 2020, with 17 sports at three major beach and sea locations.