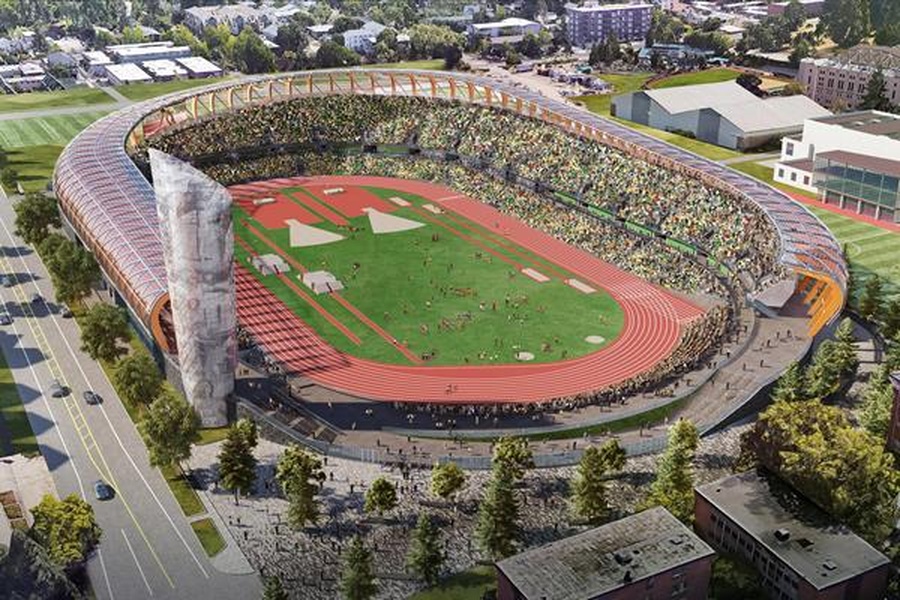 A rendering of the new Hayward Field. © University of Oregon

Monaco, April 8, 2020: The World Athletics Championships in Oregon, USA have been rescheduled to July 15-24, 2022 following the postponement of the Tokyo Olympic and Paralympic Games to 2021.

The Oregon World Championships were originally scheduled for August 6-15, 2021 but have been rescheduled to the following year to avoid a clash with the Olympic and Paralympic Games.

The World Athletics Council approved the new dates this week after extensive discussions with the sport’s stakeholders. These included the organisers of two other major championships due to take place in July-August 2022 - the Birmingham 2022 Commonwealth Games and the multisport European Championships in Munich.

The new schedule will prevent a direct conflict between any of these major events and, with careful programming, will ensure athletes can compete in up to three world-class competitions.

"This will be a bonanza for athletics fans around the world," World Athletics President Sebastian Coe said.

"We would not have chosen to have three major championships back-to-back but it will give us a unique opportunity to promote our sport and its stars around the globe over a six-week period.”