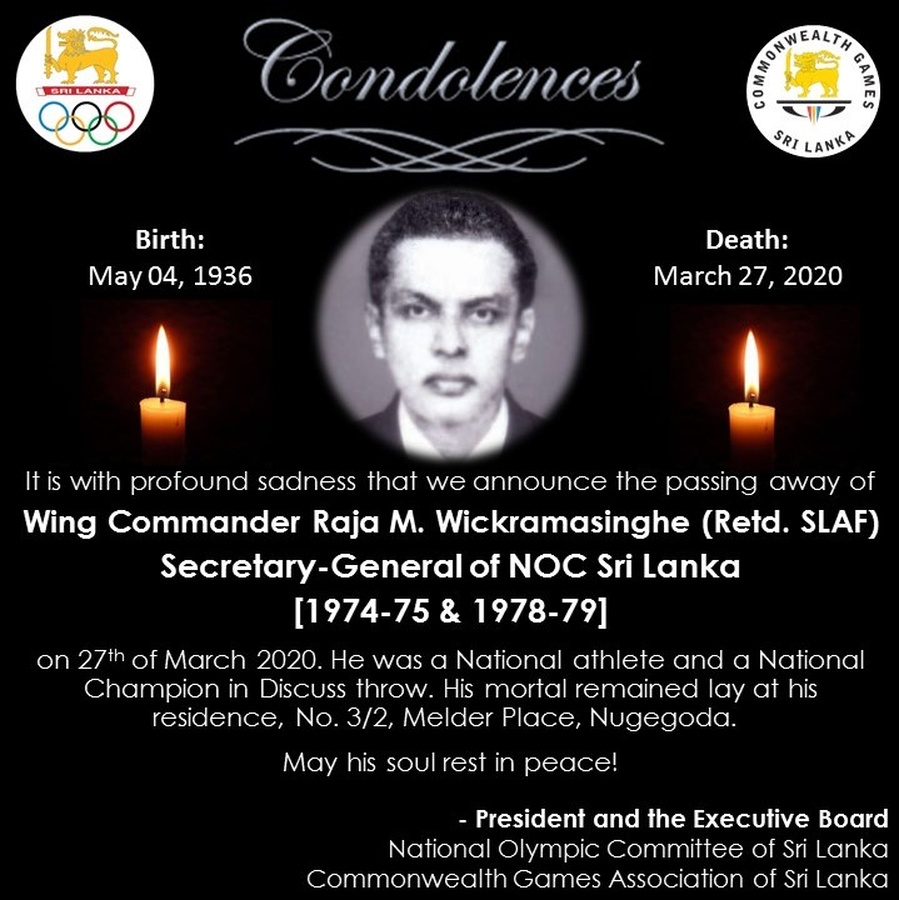 In a Facebook post and tribute, NOC Sri Lanka says: “It is with profound sadness that we announce the passing away of Wing Commander Raja M. Wickramasinghe (Retd. Sri Lanka Air Force) on March 27, 2020.

“Wing Commander (Rtd) Wickramasinghe was a national athlete and a national champion in the discus. May his soul rest in peace.”

The tribute is posted on behalf of the President and Executive Board of the National Olympic Committee of Sri Lanka and Commonwealth Games Association of Sri Lanka.