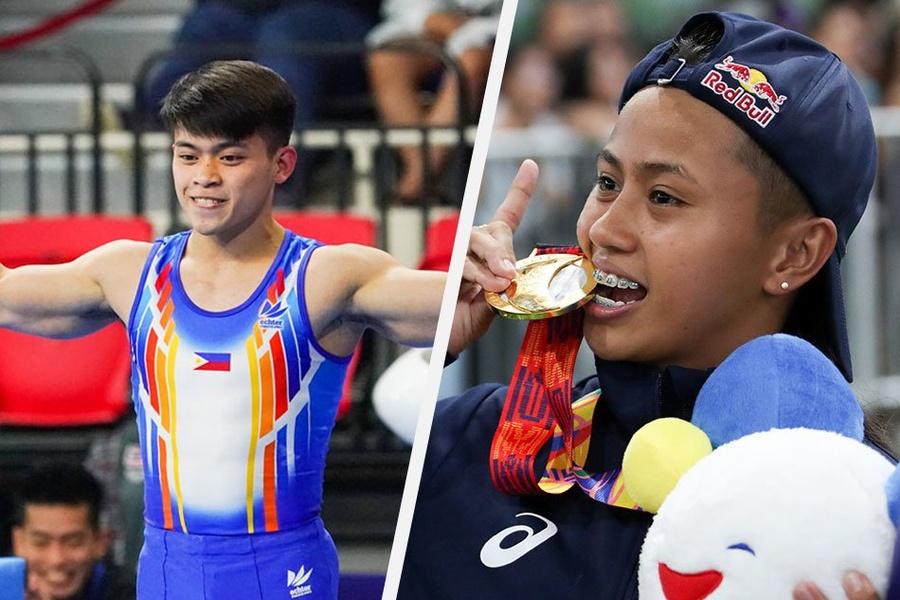 Manila, Philippines, April 3, 2020: Asian Games skateboarding champion Margielyn Didal of the Philippines and fellow countryman Carlos Yulo have been named in the Forbes 2020 “30 Under 30 Asia” list for Sport and Entertainment.

Forbes touted its Class of 2020 as "bright and innovative leaders who are ready and equipped to adapt to whatever the future may hold."

Didal, 20, won the skateboarding street gold medal at the 18th Asian Games in Palembang, Indonesia, in 2018. She is widely credited for putting the Philippines on the world map when it comes to skateboarding and is on track to qualify for the Tokyo Olympics.

Yulo, meanwhile, is one of four Filipino athletes who have already qualified for the Tokyo Games. The 20-year-old gymnast made history by winning the gold medal in the men’s floor exercise at the World Artistic Gymnastics Championships in Stuttgart, Germany last year.

The 2020 list features a diverse set of 30 Under 30 honorees, with 22 countries and territories represented across the Asia-Pacific region. They were selected from over 3,500 nominations.

India leads the region with the highest number of honorees of 69 on this year’s list, followed by China with 41. Japan came in third with 31 while South Korea took the fourth place with 25. Australia, Indonesia and Singapore are tied in fifth place with 22 each.