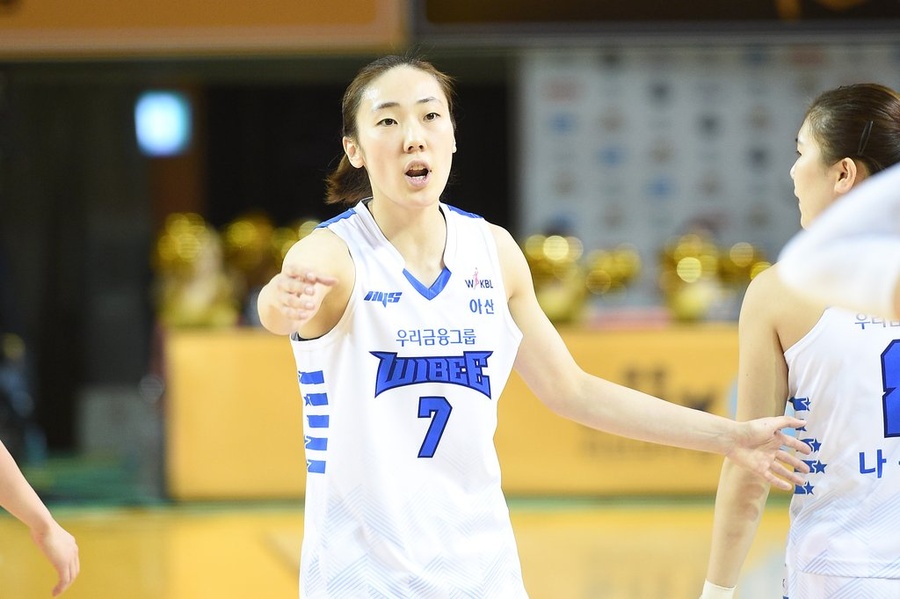 Park Hye-jin is the MVP of the Women’s Korean Basketball League. © WKBL/Yonhap

Seoul, Korea, April 1, 2020: A key member of the Unified Korea women’s basketball team at the 18th Asian Games has been voted Most Valuable Player of the South Korean women’s professional basketball league for season 2019-2020.

Star guard Park Hye-jin, who won a silver medal at the 18th Asian Games 2018 in Jakarta as part of the joint women’s basketball team from North and South Korea, was announced MVP on March 31 following a season cut short by the coronavirus outbreak, reports Yonhap News.

Park, the 29-year-old shooting guard for the Woori Bank Wibee, earned the MVP award for the fifth time in her 12-year Women's Korean Basketball League (WKBL) career. She collected 99 out of 108 votes cast by the media.

There was no awards ceremony for Park and other winners as the WKBL simply made the announcement in a press release.

"I thought I was done winning the MVP award, and I want to thank my teammates for their support," Park said.

"I've always been my own toughest critic. I thought a lot about easing up on myself, but an award like this reminded me that hard work will always pay off."

Park offered to donate the 10 million-won (US$8,190) MVP prize money to help the fight against the coronavirus.

"Everyone is in a really difficult spot," Park said. "It's not much, but I'd like to donate it to a place where it can be put to good use.

"From now on, I'll put aside any individual goals and try to keep my team at the top," she said. "I'll spare no efforts in trying to become the best player I can be," added Park, who helped Korea qualify for Tokyo 2020 earlier this year.