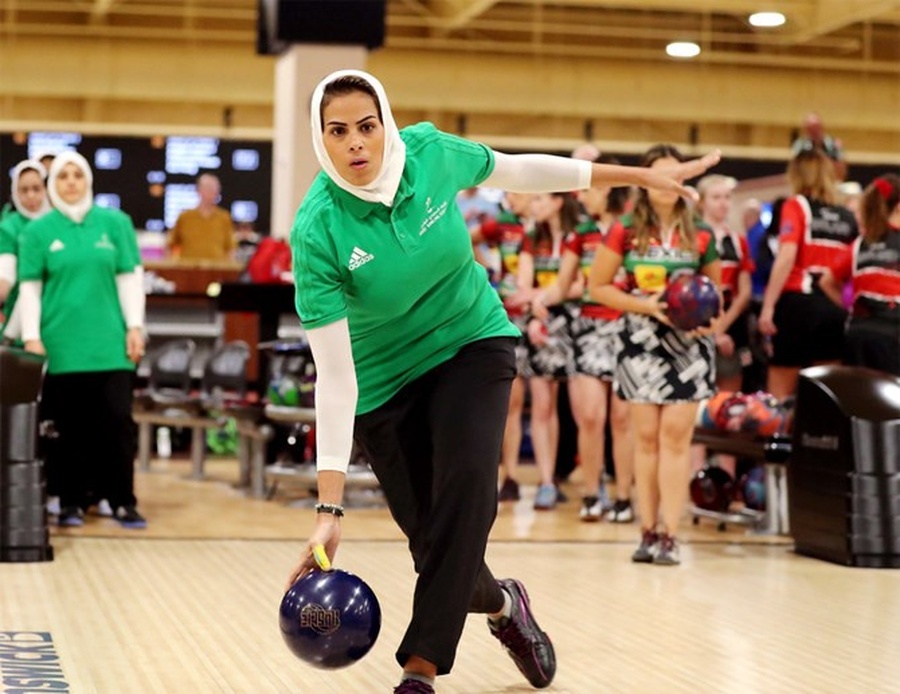 Riyadh, Saudi Arabia, September 2, 2019: The Saudi Arabia national team made their debut in international competition at the Women’s World Bowling Championship, which was held from August 22 to 31 in Las Vegas.

Six women participated in the singles, doubles, trio and team events. “We’re extremely proud of these women who represented the Kingdom in Las Vegas,” said Dr. Razan Baker, team supervisor and a board member of the Saudi Bowling Federation.

Mashael Al-Abdulwahid, Nahla Adas and Ghada Nimir ranked 52 out of 60 competitors in the trio event. The second trio of Amani Al-Ghamdi, Hadeel Termein and Mariam Al-Dosari ranked 54th. In the team event, the Saudis finished 26th out of 34.

Termein, from Jeddah, said: “The Championship won’t be the last one, and the journey is just beginning. More achievements are yet to come.”

Al-Abdulwahid, from Riyadh, said the experience was highly beneficial and gave her an understanding of what is expected of her.

Vivian Lau, Secretary General of the International Bowling Federation, expressed happiness at the participation of the Saudi women’s team.

The squad will continue training in Saudi Arabia as they prepare for their next event in Kuwait from October 20-30.