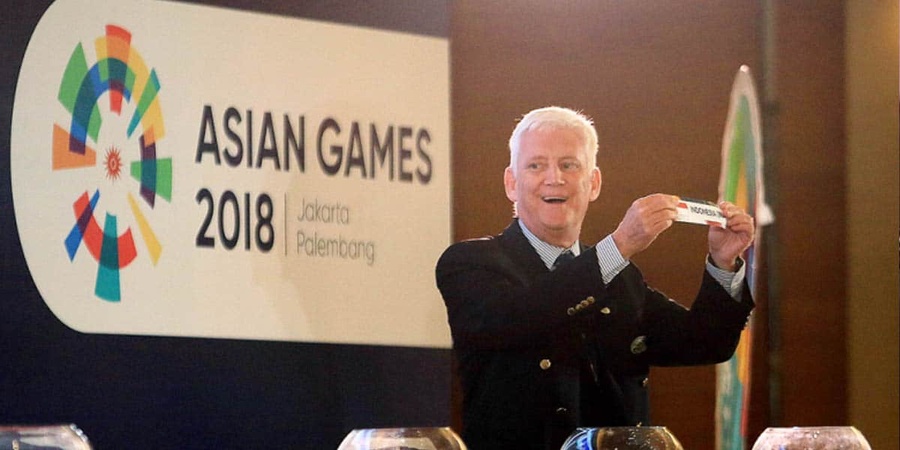 Ross Mitchell at the team sports draw for the Asian Games 2018. © Asiarugby.com

Hong Kong, China, March 24, 2020: Ross Mitchell, General Manager of Asia Rugby, will be retiring from Asia Rugby at the end of this month. He has been involved with rugby in Asia for over 45 years and is a popular figure on the Asian Games circuit.

Ross arrived in Hong Kong in 1975 and started playing for the Police Rugby Club. In the late 80s he took up refereeing and went on to become an international ref.

In 2007, Ross was elected by the Asia Rugby (ARFU at the time) Council as Honorary Secretary General for a period of four years. In 2013, Asia Rugby appointed him as General Manager, a position he has held since.

Ross commented: “I am very proud of what we have all achieved together as part of Asia Rugby over the past 12 years.

“Where Asia once had one, single, men’s 15s competition run once every two years we now run over 20 separate competitions for our men, women and youth each and every year. Our record in development and growing the game leads the world.

“We currently have 31 member unions, with a significant number of other countries and nations now all very keen to join and be a part of the success story that is Asia Rugby.

“It has been a true honour and privilege to have been so closely involved in everything Asia Rugby has achieved over the years together,” added Ross.

Asia Rugby President Qais Al Dhalai added: “Ross has been an integral element of Asia Rugby’s success and progression over the last 12 years. He assisted many member unions to become members of Asia Rugby and World Rugby and this will ink his name in the history of Asia Rugby for decades to come.”