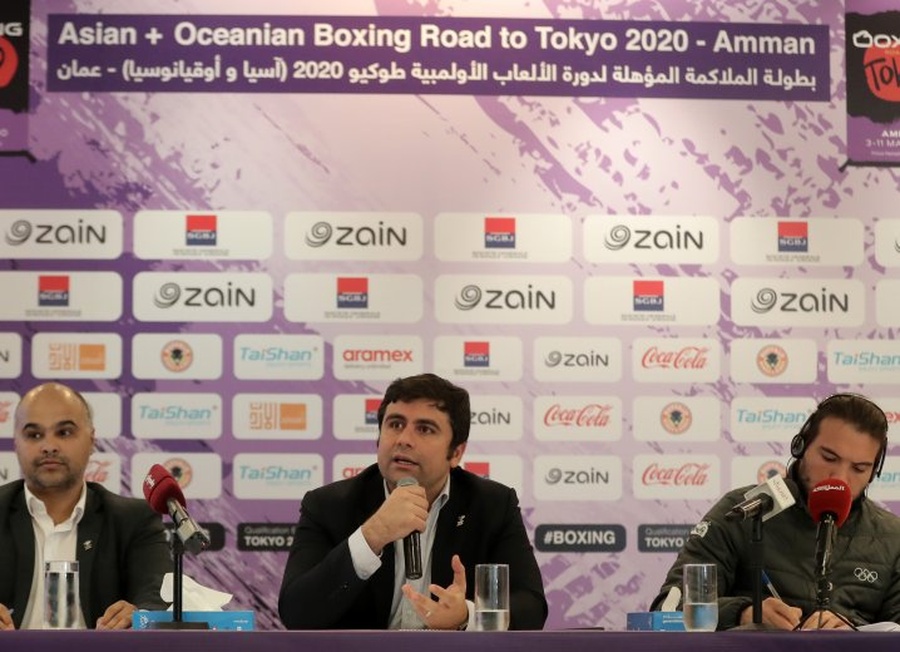 Nasser Majali addresses a press conference in the build-up to the March 3-11 boxing qualifier. © JOC

The boxing tournament ran from March 3-11 and produced 63 qualifiers for Tokyo 2020 – 41 men in eight weight categories and 22 women in five weight divisions.

Furthermore, Jordan had only 45 days to prepare for the event after the venue was changed at short notice from Wuhan, China – epicenter of the novel coronavirus outbreak. The original dates were February 3-14 and Jordan was one of five countries keen to stand in.

A total of 221 boxers from 35 countries and regions in Asia and Oceania took part in the qualifier, with Kazakhstan and India providing the most qualifiers with nine boxers apiece while Jordan produced five qualifiers for Tokyo 2020 and one champion.

In a Facebook post on Thursday, Local Organising Committee CEO Nasser Majali said: “We thank all those who contributed to the successful hosting of this huge event.

“We will remember these great and wonderful moments for Jordanian sport, with five boxers qualifying for the Tokyo Olympic Games and one gold medal.

“This tournament has displayed the great organisational capabilities of Jordan and its ability to host major sports tournaments.

“This is thanks to the enthusiasm of its youth and the great experience they have in the organisation process, supported by a large number of volunteers who shared this success and presented a beautiful image of our country.

“We thank all the official institutions and private companies that contributed to the success of this tournament. It proved that, with a collaboration of efforts and cooperation, any event can be accomplished with a high level of professionalism.”

Majali also thanked the fans for their vociferous support of the local boxing heroes from the stands of Prince Hamzah Hall and the vital role they played in qualifying five national team members to the Tokyo Olympics – an historic achievement in Jordanian sport.

“Now we look forward to more athletes in the Tokyo Olympics. Our hearts are with all the players of our national teams in their journey towards qualifying and representing Jordan at the world's largest sports event.”