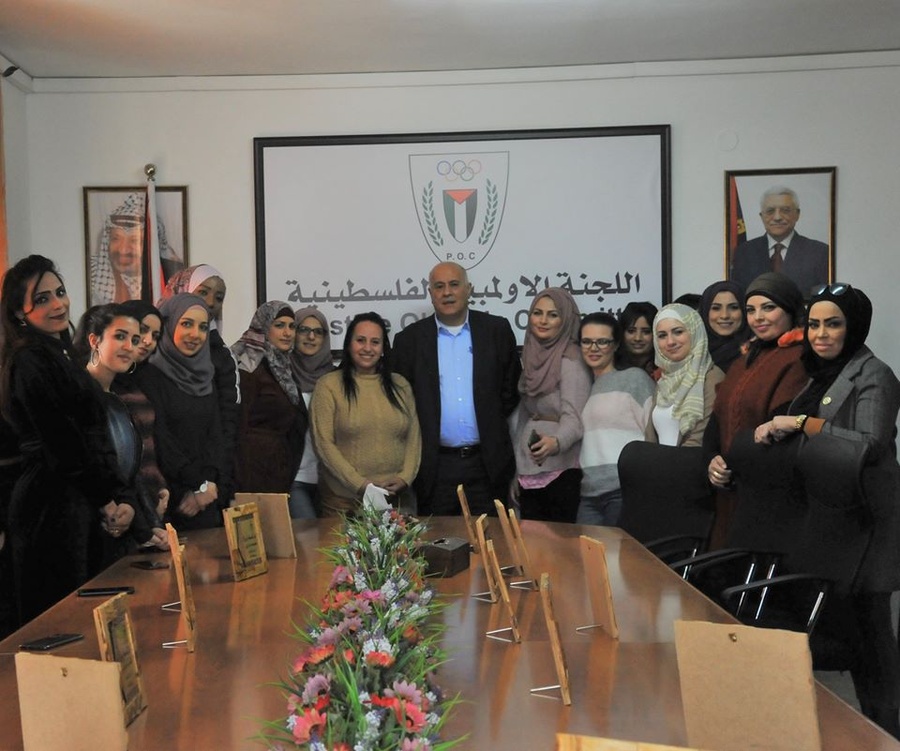 “We honour the Palestinian women who have been able to impose their presence with their hard determination to serve their country and their cause,” said the POC President.

“She is the mother and the sister that we cherish, and their pride and effort has made a prominent contribution to the sports system.”

He also stressed that equal opportunities for women existed in the sports movement, either in the administrative or technical field, and that this was evident in the composition of Palestine’s national sport federations.

Gen. Rajoub said the achievements and the professional career development of women in the Olympic sports movement was a national model and respected by all Palestinians.