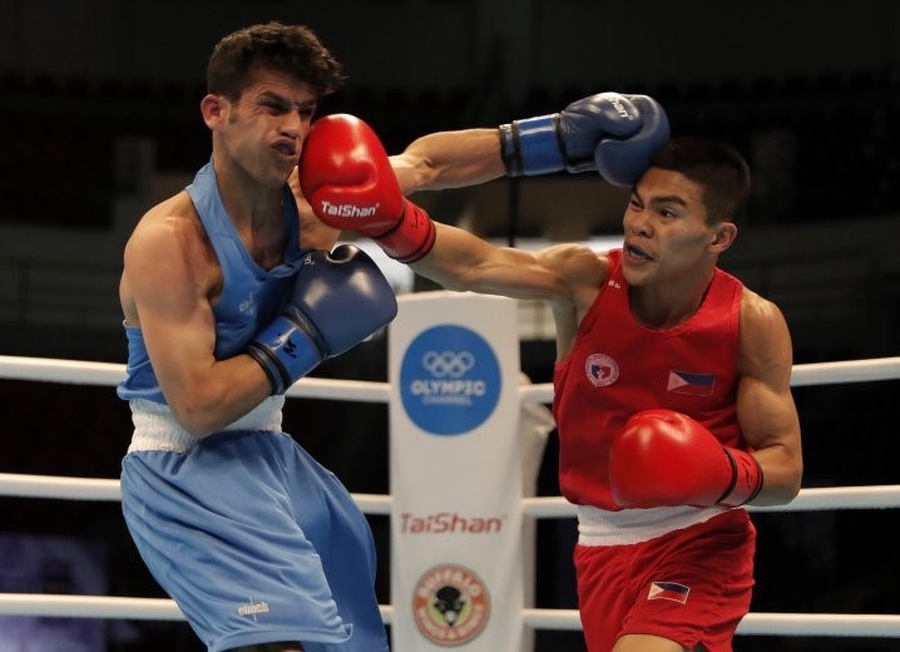 Amman, Jordan, March 7, 2020: Six-time world champion Mary Kom and the redoubtable Amit Panghal stood just one win away from securing Tokyo Olympic berths after the two Indian boxers advanced to the quarterfinals with contrasting victories at the Asia-Oceania qualifiers on Saturday.

World number one and top seed Amit Panghal (52kg) was close to suffering a big upset as he had to weather a battering in his final round against Mongolia’s Enkhmanadakh Kharkhuu before edging a hard-earned split decision.

“I have fought him twice before and it was one win each, so we knew how he boxed and stuck to the plan we made which was to be aggressive from the beginning,” the 23-year-old Panghal said.

Panghal, India’s first silver medallist at the World Championships and reigning Asian Games champion, will next face Carlo Paalam of the Philippines in the fight for the Olympic spot.

Second-seeded Mary Kom produced a typically clinical performance to dismantle New Zealand’s Commonwealth Games bronze-winner Tasmyn Benny for a 5-0 triumph. Up next for the iconic Kom is Filipino Irish Magno, who clobbered Hong Kong’s Winne Au Yin-yin to force a win in just the second-round of her last-16 bout.

With Mary Kom’s win, 11 Indian boxers have now entered the quarterfinals at the Olympic boxing qualifiers and are on the verge of securing berths to Tokyo. But out of the reckoning is Commonwealth Games champion Gaurav Solanki (57kg) who bowed out 1-4 to top seed and world champion Mirazizbek Mirzakhalilov of Uzbekistan in the second round.

There was joy for the home fans with Mohammad Al-Wadi (57kg) becoming the fifth Jordanian boxer to advance to the quarterfinals with a unanimous points-win over Indonesia’s Lucky Hari.

“I felt fantastic tonight. All of my family was here watching, including my daughter, so there was no way I would lose,” Al-Wadi said.