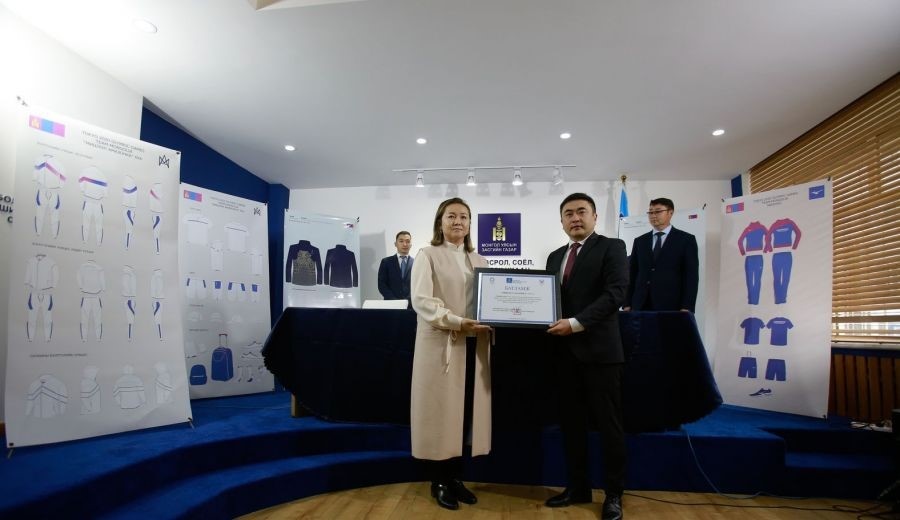 Sisters Michel and Amazonka Choigaalaa beat nine other local entries in a competition to design the sports and ceremonial uniforms for Mongolian athletes who will participate at next summer’s Olympics.

The Government of Mongolia had announced 2019 as the year for purchasing domestically produced products with an aim of creating a ‘Mongolian’ brand, and to support local factories. In the competition among professional designers to unearth who would tailor the outfits for the Olympic team, the Choigaalaa sisters’ progressive and hot styles won hands down.

The Ministry of Education, Culture, Science and Sports revealed that US$148,000 will be used from the Tokyo Olympic Foundation for the costs of the uniforms of the national team for the Tokyo 2020 Olympics and Paralympic Games.

Last year, the Ministry signed an agreement with Japanese brand Mizuno to provide training kit for the national team.