Palestine NOC hosts women’s sports seminar as part of ‘Why Not?’ campaign 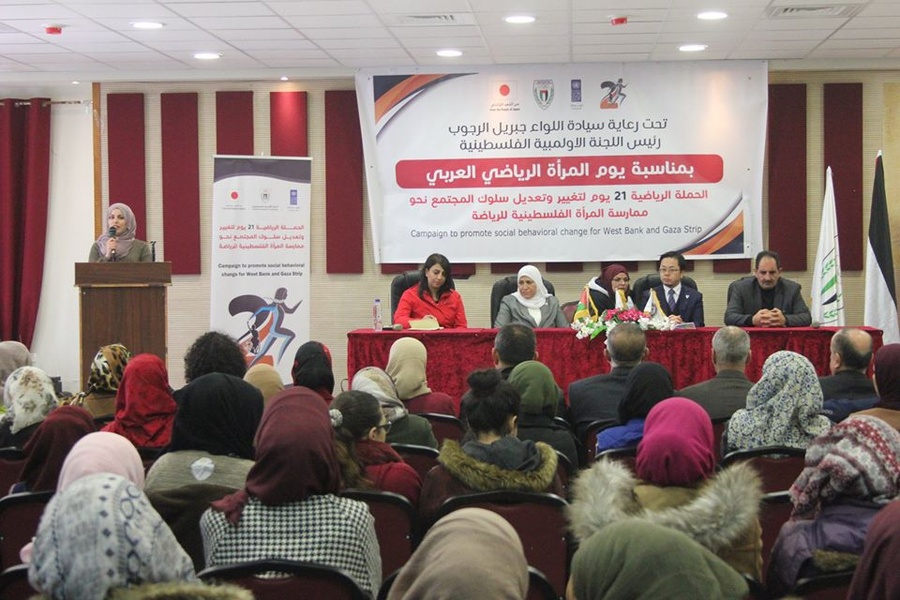 The seminar was attended by many women working in government and in civil and sports institutions and was held under the title of “Campaign to promote social behavioral change for West Bank and Gaza Strip”.

It was part of a 21-day campaign called “Why Not?” to change and adjust the attitude of society towards the right of Palestinian women to join in sports exercises. The campaign is being organised by the Palestine Olympic Committee in cooperation with the United Nations Development Programme and the Japanese Embassy.

Palestine’s Minister of Women’s Affairs, Dr. Amal Hamad, thanked the organisers of the seminar and the campaign and in particular the POC President, Jibril Rajoub.

Dr. Hamad stressed the importance of women's sports activity, which positively reflected women's health and physical abilities, and called on schools and universities to take serious initiatives to spread sport among females. This would begin to create a community culture about the importance of women’s sport and exercise, she said.

The Minister also called for an increase in the number of female staff in sports clubs and organisations and also for the development of sports management and programmes for women’s sport.