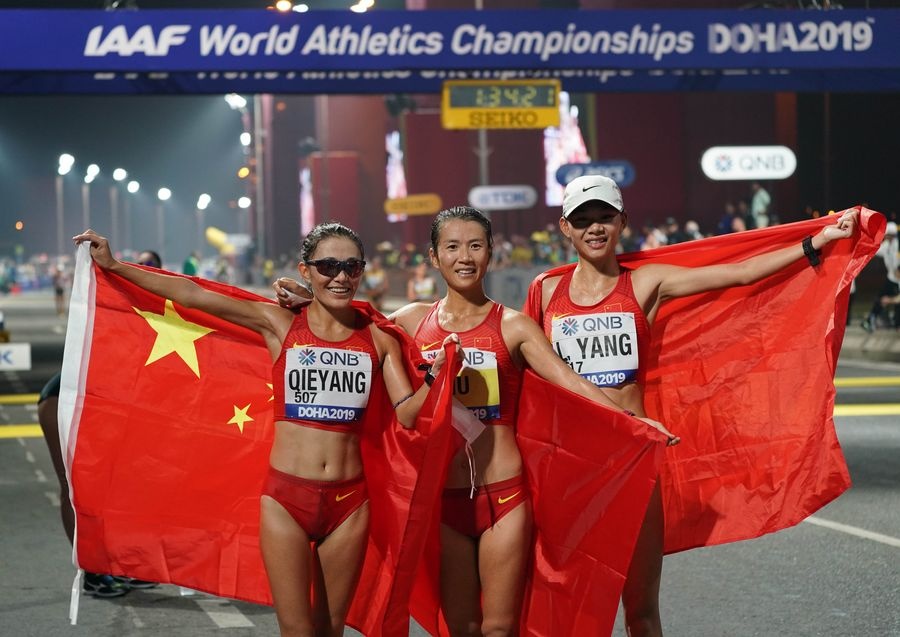 Beijing, China, February 21, 2020: Chinese athletes have been gearing up for the 2020 Tokyo Olympic Games, despite challenges posed by the outbreak of the novel coronavirus, reports Xinhua News.

“Our teams are all focusing on their training and competitions," said a spokesman for the General Administration of Sport in China on Thursday.

“We are confident of building a strong Chinese team at the Olympic Games as well as fighting against the novel coronavirus," he said.

According to the spokesman, the General Administration of Sport has taken a series of measures to take good care of the athletes and at the same time ensure their normal training.

All national teams are now training under enclosed conditions. The apartments, training venues and dining halls are all sealed off to prevent virus infection.

Teams are allowed to travel abroad in advance or prolong their overseas training camps to make sure their participation in Olympic qualifiers is not affected by the epidemic.

National teams of table tennis, badminton, gymnastics, boxing and women's football are all training overseas and will take part in the qualification events directly without going back to China.

The Chinese Olympic Committee has also enhanced the communication with the international sports federations, the local governments hosting the events and the sports organizations, introducing epidemic control efforts on the teams and strengthening prevention work, the spokesman said.

Because of the coronavirus, the Chinese judo team had to withdraw from the Grand Slam in Paris as the French Embassy postponed its reopening time after the Spring Festival and couldn't give the judokas their visas.

"The epidemic did affect some teams' Olympic qualifiers, but it didn't have much effect on their Olympic berths," said the spokesman. "We are confident of achieving good results in Tokyo."