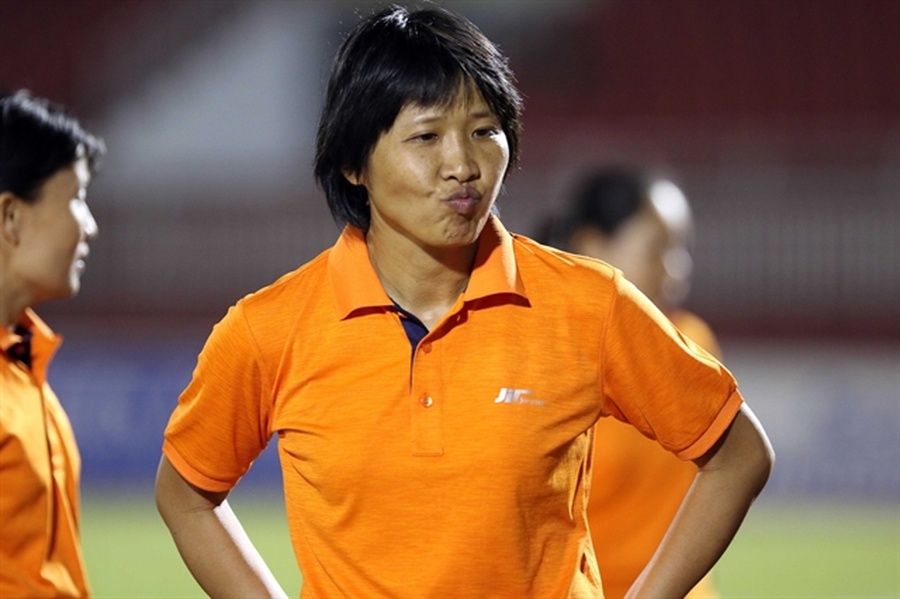 Hanoi, Vietnam, February 20, 2020: After a glittering playing career a lot of top footballers hang their boots up, content to leave the time-consuming and turbulent world of coaching to others. Doan Thi Kim Chi, though, is different.

After winning four National Women’s Football Championship titles with Ho Chi Minh City 1 as a player, the former national team member started coaching her old squad and has added four more trophies to her collection – in 2015, 2016, 2017 and 2019.

Considered the most successful coach in domestic women's football, the 40-year-old Chi pivoted from success as a striker and midfielder to coaching and has been City's only female coach so far.

“I have different feelings when I took each title as every year has different situations, moments and people. However, every title brings joy for people who love the team,” said Chi.

According to Chi, she intended to become a coach after retiring and trained very seriously.

“I had a sense I wanted to be a coach so I paid attention to training sessions. When I started as a coach I wasn’t very confident because I lacked experience. However, with the encouragement of leaders, assistants and players, I was more and more confident,” said Chi.

Chi also revealed that she improved by learning from colleagues and the internet.

“I learn from my co-workers. I also found training lessons online. I found a lot, but I mainly watched sessions about technique and tactics. In fact, I rarely looked for women’s football. I preferred to look for men’s football,” Chi added.

Chi spent 13 years as a player, including a decade turning out for the national team.