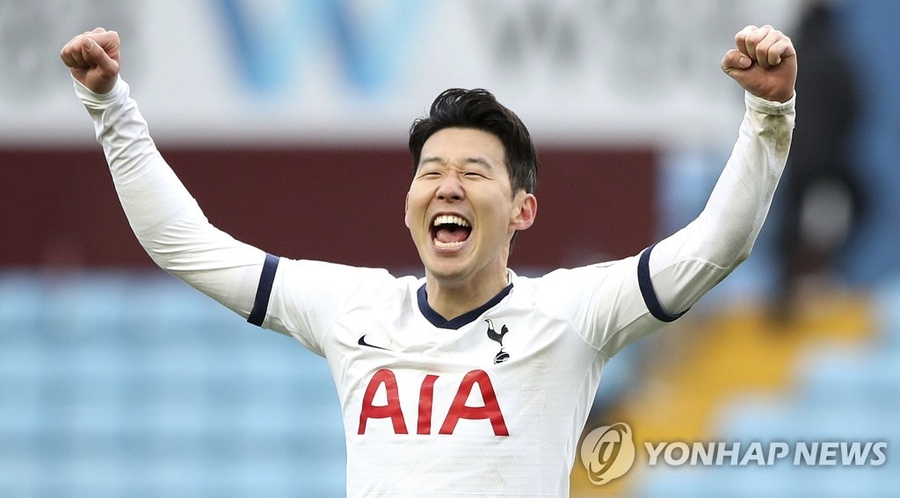 The 2018 Asian Games champion scored twice for Spurs in a 3-2 win away to Aston Villa on Sunday, including the winner in injury time.

The 27-year-old striker has also surpassed the half-century mark in career Premier League goals with 51.

He became the first Asia-born player to score a career 50 goals or more at the Premier League.

"I've scored 50 Premier League goals but without the team, without the supporters, it's impossible," he said in an interview posted on Spurs' website. "I just want to share this feeling with the fans, everyone in South Korea and with the lads. ... I just want to say thank you for helping me."

"After making history this month at the Oscars, Son made another history for the KFA," FIFA said in a message posted in English on its Instagram account.

"He became the first Asian, ever, to score 50 Premier League goals. Congratulations to Korea."