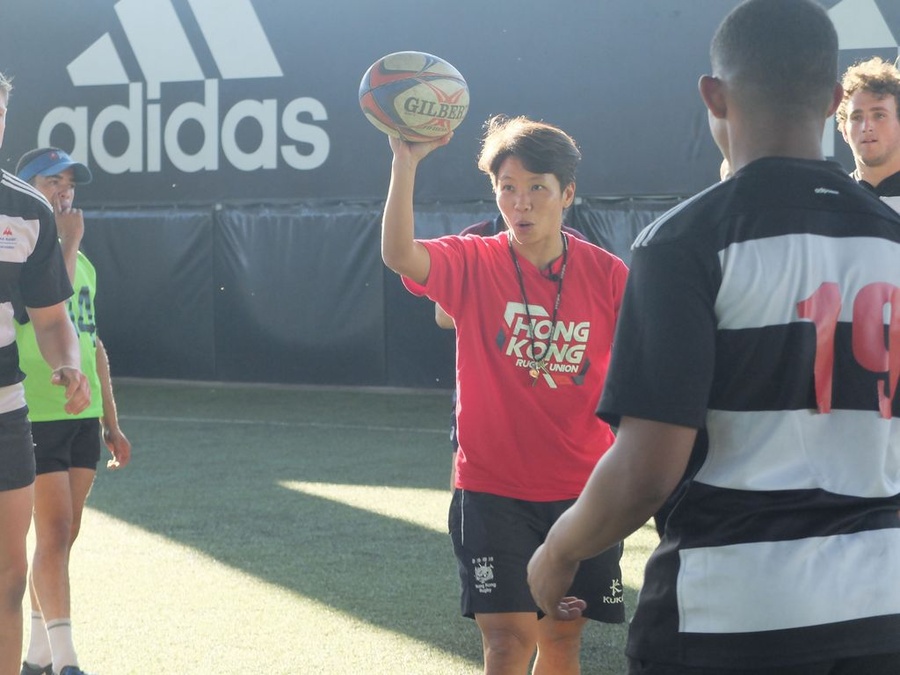 Hong Kong, China, February 18, 2020: Former Hong Kong women’s rugby captain Royce Chan Leong-sze is in no doubt about the impact rugby has had on her life, reports World Rugby.

Having joined a local club in her mid-20s primarily to please her boss at work, the game helped provide the structure that Chan had been missing since she graduated from secondary school.

By her own admission she was “quite a party person” prior to picking up an oval ball; however, within two years she had been selected for the Hong Kong women’s 15s squad and resolved to quit smoking and drinking.

Chan’s dedication was rewarded when, at the age of 39, she not only represented Hong Kong as they made their debut at Rugby World Cup 2017 but was named player of the tournament by her team-mates.

According to Chan, the game gave her another perspective on life and she is keen to pass that lesson on to the next generation of female rugby talent in Hong Kong.

“Rugby did change my life a lot,” she said.

“I’m just different to how people enter this sport. It will be good to give back to the game and not only develop players but also transition players and see how they fit into the sport.”

Chan, now 41, hung up her boots following RWC 2017 in Ireland and has since worked as a women’s high performance coach at the Hong Kong Rugby Union.

She might not have believed this five years ago, but Chan would now welcome the opportunity to coach Hong Kong - and Rugby World Cup or Olympic qualification would be her number one ambition.

Hong Kong’s women will take part in a repechage tournament in June, with two spots at Tokyo 2020 up for grabs, while the 15s side will compete in the Asia Rugby Women’s Championship for a place at RWC 2021 in New Zealand.