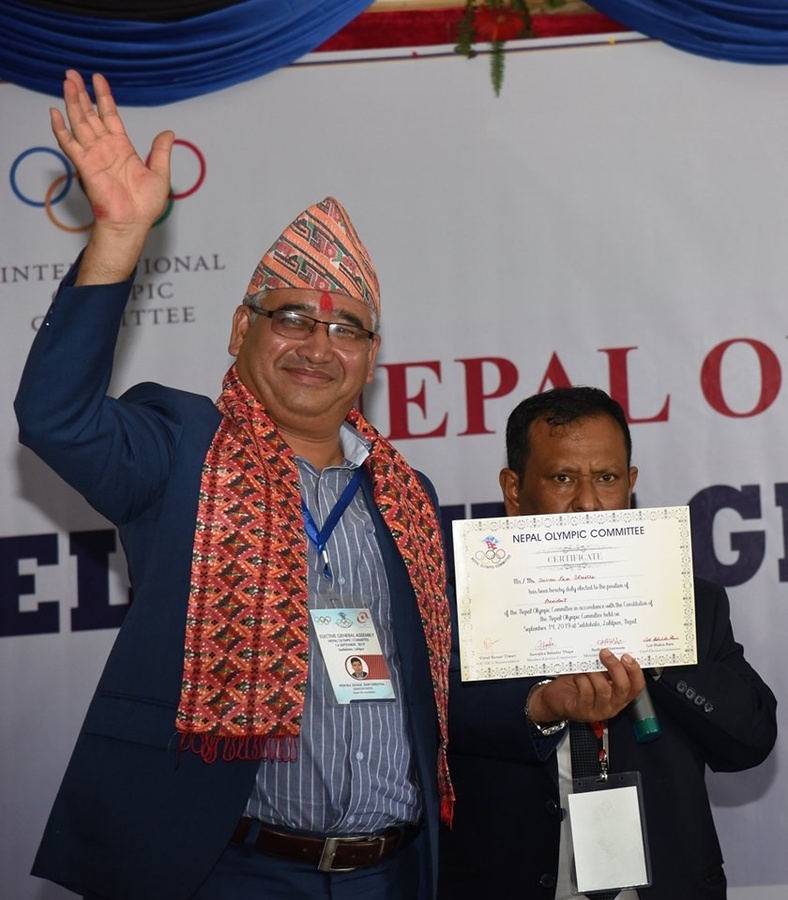 Kathmandu, Nepal, September 15, 2019: Jeevan Ram Shrestha has been re-elected as President of the Nepal Olympic Committee in voting held at the General Assembly on Saturday, September 14.

Shrestha mustered 17 votes to beat challenger Umesh Lal Shrestha, who received 10 votes, in the election that took place in the presence of representatives from the International Olympic Committee and Olympic Council of Asia at Nepal NOC headquarters in Lalitpur.