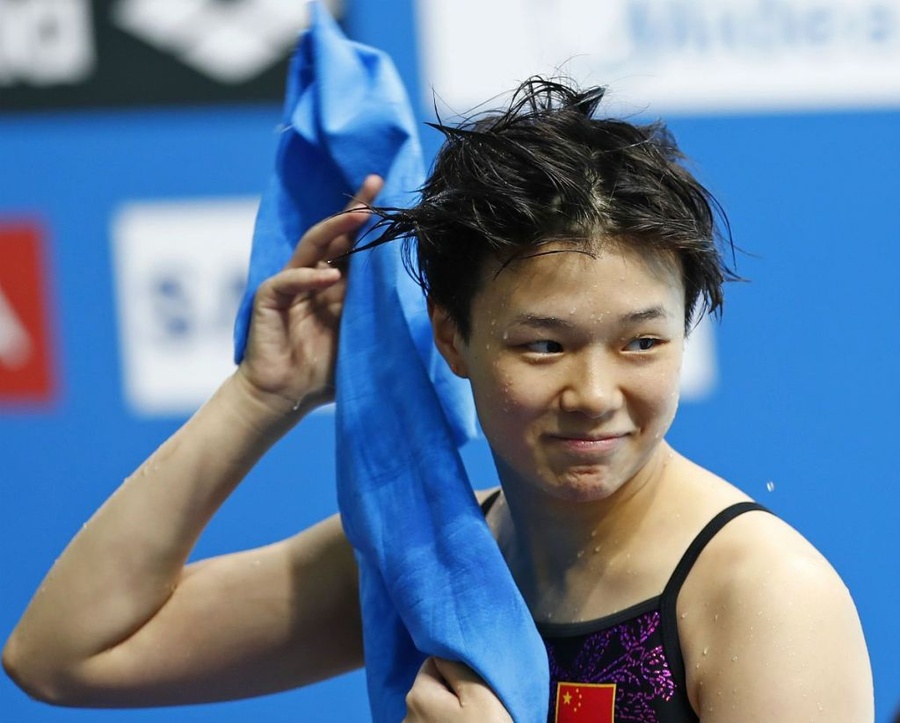 Shi Tingmao has won the FINA female diver of the year award for the fifth straight time.© SIPA USA

Both Shi and Xie were the double winners in the 3m springboard events at the FINA World Swimming Championships in Gwangju, Korea, last July.

"I am very happy and honored to get this award again,” said Shi, reports Xinhua News.

“It is always fresh and exciting to win something. I am not a self-satisfied person but this time I really want to give myself the thumbs up and full marks to conclude my year of 2019. I am grateful to everyone who helps and supports me all the time.”

Shi, 29, added: "My grandfather used to tell me that it's hard to focus on one thing in life and it's impossible to do it perfectly. I want to tell him 'I did it in diving'. I have learned a lot and enjoyed a lot from diving. My little wish is I can be the winner for the sixth time."

Xie was surprised with his first best male diver award. "I never thought about it,” he said.

“The award is not only for me but also for my team, including my coach, teammates, doctors and team staff since we are a big family. I really want to show my gratitude to them. The award also inspires me to work harder every day and gives me a boost to show my best at the Tokyo Olympic Games.

"It is a year of growth and I can see improvements in every aspect. I would like to give myself 80 points for my performance for the whole year if the full mark is 100. There were some mistakes during the year but I overcame all of those ups and downs. I want to be stronger in my mind," Xie said.