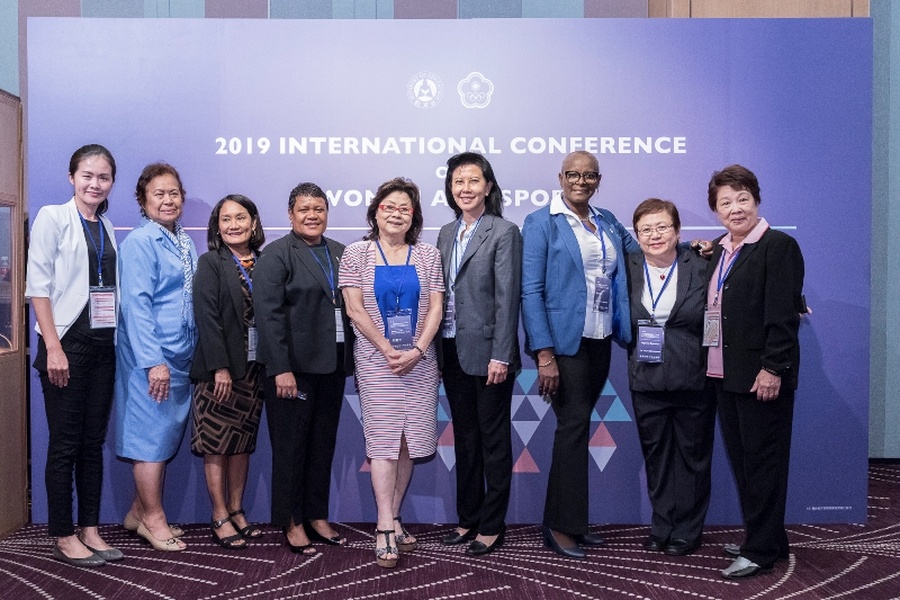 Taipei, September 13, 2019: The 5th International Women and Sport Conference organised by the Chinese Taipei Olympic Committee was held in Taipei on September 10 and 11, 2019.

The conference was hosted under the theme “Women: The Makers of Sustainable Development in Sport” and covered topics under the following sub themes: Women Empowerment and Leadership, Health Promotion and Lifelong Learning and Safe Sport.

President Lin mentioned that, since 2011, the International Conference on Women and Sport has been held by CTOC every two years. This conference provides an opportunity for policy-makers, people in the sports field, researchers, teachers and students to come together to share views and explore issues concerning gender equality and women in sports.

The conference started with the plenary session where a keynote address was given by the IOC Member and Secretary General of Palau National Olympic Committee, Ms. Baklai Temengil.

A total of 100 prominent domestic scholars and university students attended this two-day conference.

Mr. Hong-Dow Lin, President of CTOC, and Senator the Hon. Fortuna Belrose, President of Saint Lucia Olympic Committee, inked the agreement at the signing ceremony, with Dr. Chin-Hsung Kao, Director General of Sports Administration, Ministry of Education, and Ambassador Edwin Laurent of the Embassy of Saint Lucia in Taipei as witness.

It was the 38th NOC to sign a Bilateral Cooperation Agreement with the CTOC and the agreement encourages cooperation in areas of sports exchange, staff exchange, medical science, anti-doping, National Olympic Academies and many more.