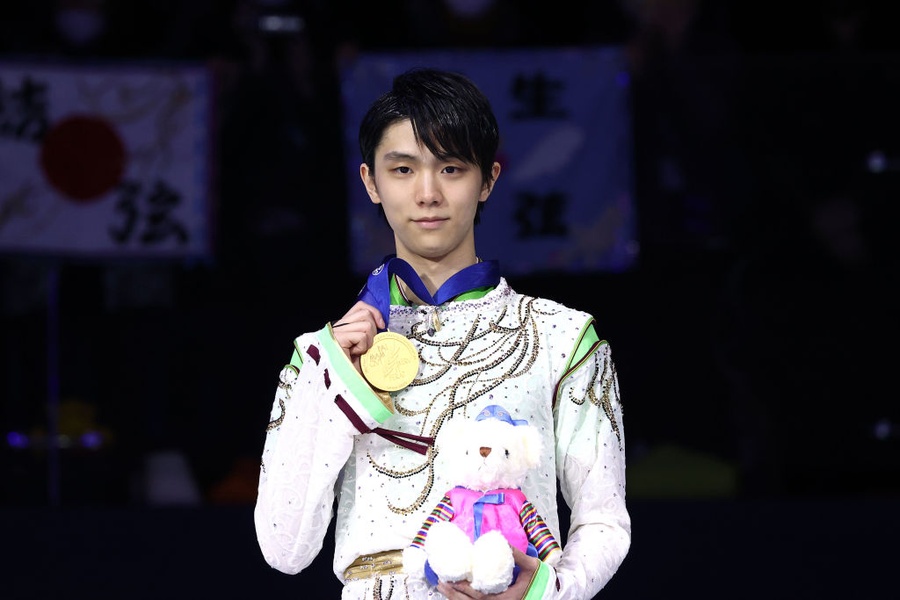 Hanyu, Olympic champion at Sochi 2014 and PyeongChang 2018 and a two-time world champion, skated to his famous programme “Seimei” and scored 187.60 points for a total of 299.42 points to secure the title after winning three silver medals at the Four Continents.

“There was a little bit of a problem with the ice before I skated. Because of that problem I was unusually nervous but I think I tried my best,” Hanyu, 25, said.

“I was disappointed with my mistakes but I will be able to prepare for the World Championships by analysing these mistakes. I would like to improve my skating to not repeat these mistakes in other competitions.”

Brown’s emotional performance to “Schindler’s List” earned him a personal best score of 180.11 and he moved up one spot at 274.82 points overall.

Kagiyama delivered an excellent performance to the “Tucker” soundtrack and achieved a personal best with 179.00 points to tally 270.61 points.

“I could never have imagined getting a medal here and I’m still in shock. I am surprised with this good result,” the 16-year-old Lausanne 2020 champ said.

“I’m happy with my performance. I was able to skate without thinking too much. I enjoyed to skate and make the audience happy.”