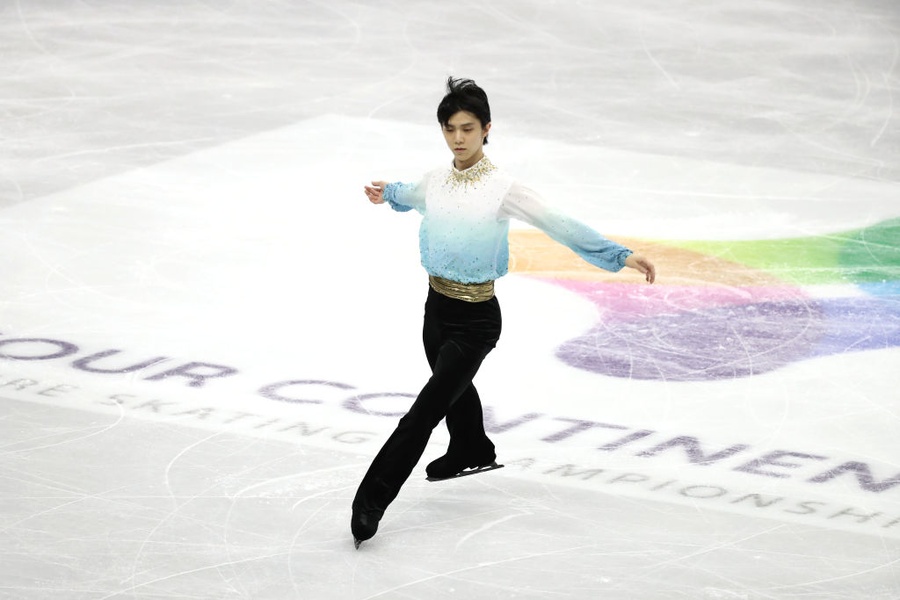 “I think I skated with elegance today and today’s performance was the most perfect performance I’ve ever done,” Hanyu said.

“Also, I tried to express my music deeply with my feeling and I could jump higher and with more perfection. Actually, I set as a goal a score higher than 110 for myself. I grew confident during the performance because I felt so good while I skated.”

The free skate will take place on Sunday.

In other news from the Mokdong Ice Rink:

*Rika Kihira of Japan prevailed in what was a tough competition in the ladies’ free skating on Saturday to defend her title.

Korea’s Winter Youth Olympic Games champion You Young moved up one spot to take the silver medal with a personal best of 149.68 for 223.23 and Bradie Tennell (USA) claimed the bronze with a season’s best 147.04 points for 222.97 points overall.

Peng Cheng/Jin Yang made it one-two for China by taking the silver medal. Kirsten Moore-Towers/Michael Marinaro of Canada dropped from first to third to earn the bronze medal.