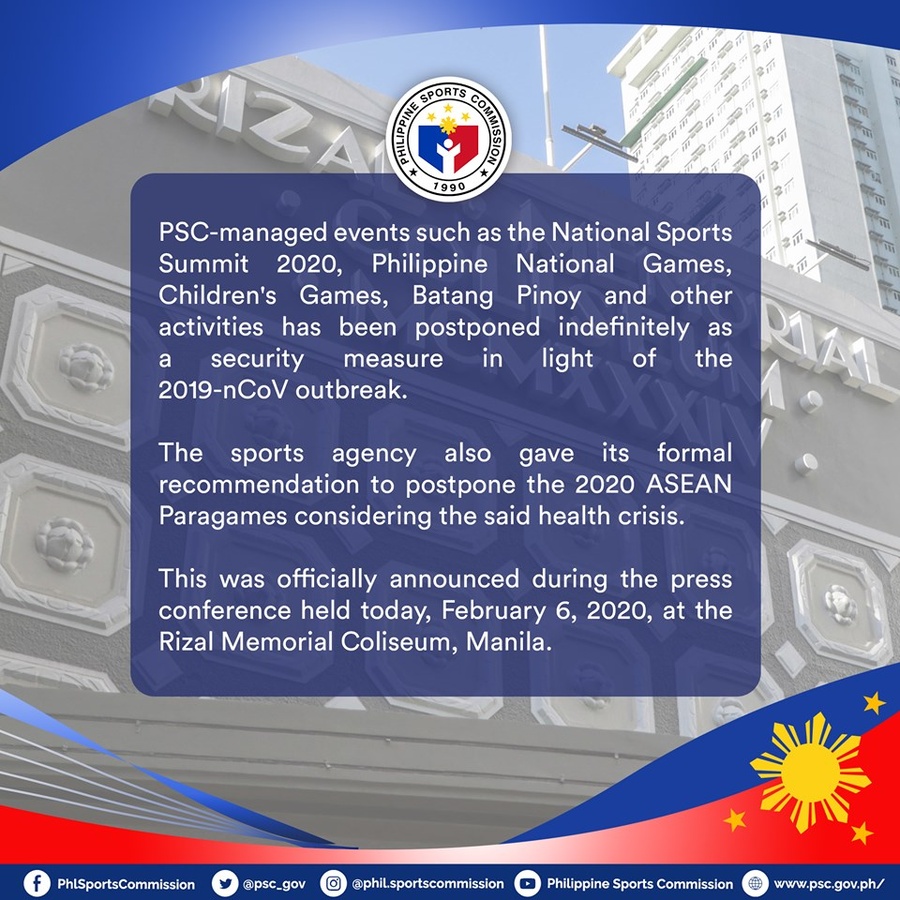 Manila, Philippines, February 9, 2020: The Philippine Sports Commission issued an advisory on February 6 regarding the postponement of several sports events due to the outbreak of the novel coronavirus in China and beyond.

The PSC, which is the sports agency of the central government and works hand in hand with the Philippine Olympic Committee, has also recommended that the ASEAN Para Games be put back from March.

The 10th ASEAN Para Games for the countries in southeast Asia were planned for January 18-25 following the successful hosting of the 30th SEA Games at the end of last year but were delayed until March due to financial constraints.

With the outbreak of the novel coronavirus, the para games look set to be moved back even further into the year.

“PSC-managed events such as the National Sports Summit 2020, Philippine National Games, Children's Games, Batang Pinoy (youth games) and other activities have been postponed indefinitely as a security measure in light of the 2019-nCoV outbreak.

“This was officially announced during the press conference held today, February 6, 2020, at the Rizal Memorial Coliseum, Manila.”

The Philippines was the first country outside China to record a death from coronavirus on February 1: a 44-year-old man from Wuhan, China – the epicenter of the virus.