Bangkok, Thailand, January 27, 2020: South Korea were crowned champions of the AFC Under-23 Championship thanks to a dramatic 1-0 extra-time victory over Saudi Arabia at the Rajamangala Stadium on Sunday.

Jeong Tae-wook’s goal in the 113th minute of a closely-fought encounter helped Korea seal their first-ever Continental crown at this level.

Korea, Saudi Arabia and third-placed finishes Australia also booked their berths at the Tokyo 2020 Olympics in this 16-team tournament which doubled as an Olympic qualifier.

Having already assured their places at the Olympics, both Korea and Saudi Arabia sides adopted a positive approach even though game finished scoreless in regulation time. It was left to the last-minute heroics from Jeong who headed home a pinpoint free-kick from Lee Dong-gyeong to clinch victory for the Koreans.

Korean midfielder Won Du-jae was named Most Valuable Player of the tournament. “Throughout the tournament our coach told us to play each match as if it was the last and that’s why we were more concentrated on our objectives,” said Won, paying tribute to the team.

“There was a lot of pressure on us, but we’re happy that we have achieved our goals which were to secure a ticket to the Olympics and win this tournament,” Won added. 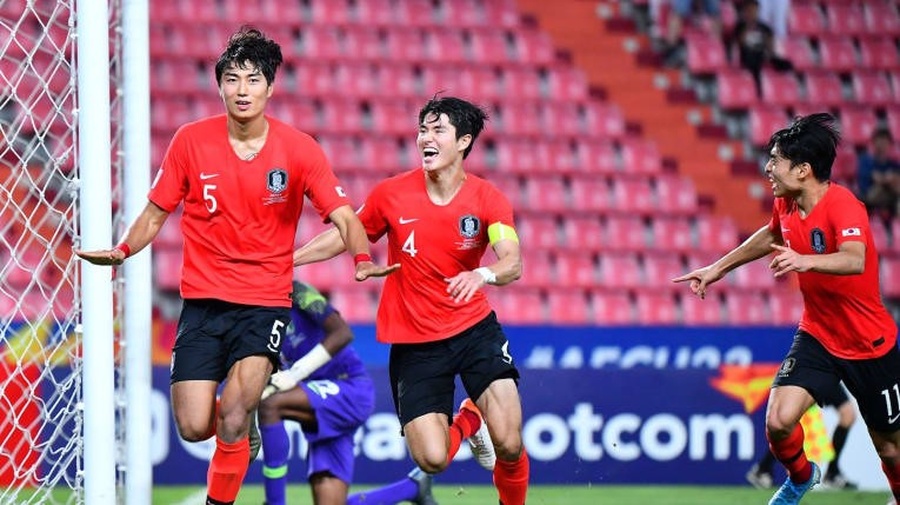