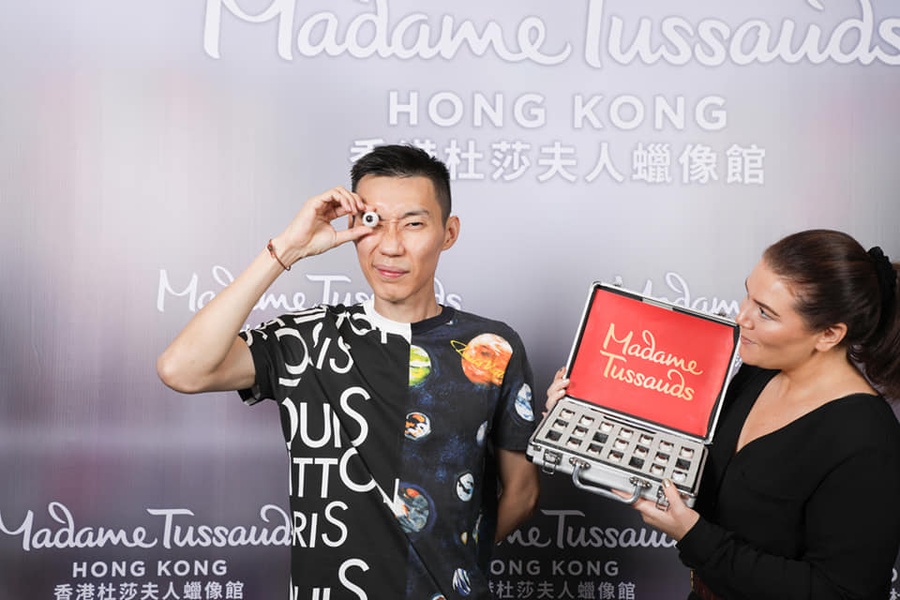 Lee, 37, who retired last June after a battle with nose cancer, spent six hours with the staff to prepare for his waxwork model.

In a Facebook post, the three-time Olympic Games silver medallist - in 2008, 2012 and 2016 - said: “I would never have imagined a wax figure of my own! Thank you Madame Tussauds Hong Kong for the privilege.

“I’m extremely honoured to be the first Malaysian sportsman to join the list. Special shout-out to the Madame Tussauds Hong Kong team who were extremely patient and detailed during the detailing session. It was definitely a first for me!

“Fingers crossed, my wax figure will be unveiled in the second quarter of 2020.”

Lee retired last June with an incredible record in men’s singles. According to the Badminton World Federation, Lee played 848 singles matches, won 713 and lost 135. He won 69 career titles and earned over 1.8 million USD in prize money since turning professional in 2000.