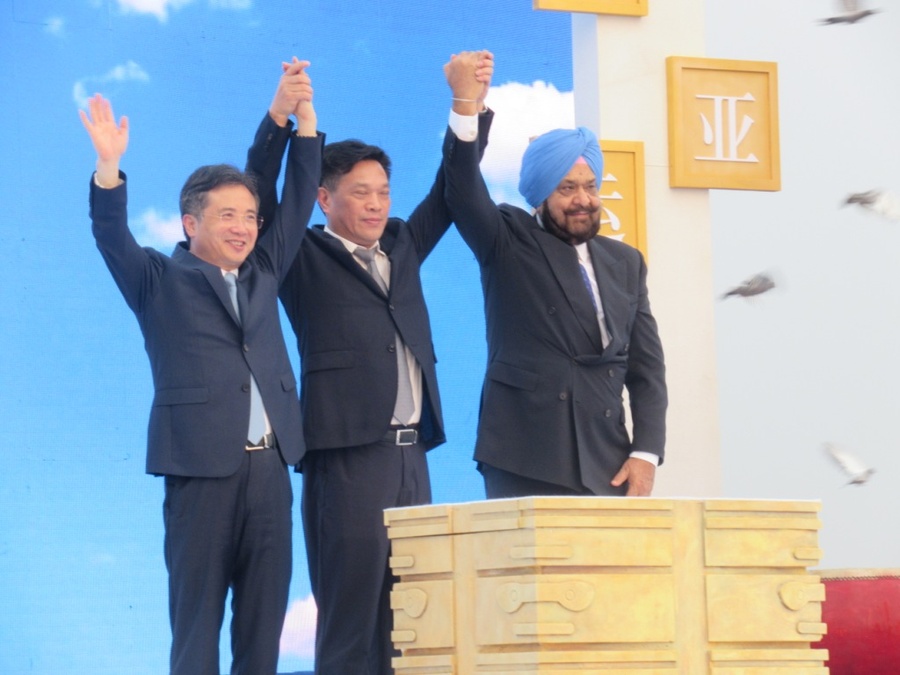 Hangzhou, China, September 10, 2019: The Olympic Council of Asia and Chinese sports officials marked the three-year countdown to the 19th Asian Games in Hangzhou, China on Tuesday.

In a ceremony at the recently-designated UNESCO World Heritage site of the Archaeological Ruins of Liangzhu City, 2,022 white doves were released from the stage to signify the next Asian Games in 2022.

Representing the OCA, Hon. Life Vice President Raja Randhir Singh said the OCA regarded China as a very important partner in the Olympic movement, not only in Asia but in the world.

“You have dazzled us with your beautiful opening and closing ceremonies for many years – and we are sure you will have some surprises in 2022,” said Raja Randhir, Chairman of the OCA Coordination Committee.

“We have marvelled at your creativity and at your wonderful presentations of the rich Chinese culture and traditions.”

This will be the third time for China to host the OCA’s showpiece event, following Beijing in 1990 and Guangzhou in 2010.

Raja Randhir said the 2022 Asian Games would mark the coming together of the old, historic China with the new, vibrant China that was at the forefront of the rapidly evolving world.

“We are sure that Hangzhou 2022 will project this dynamic image through the opening and closing ceremonies as well as the day-to-day management and operations of the 19th Asian Games, and that the Games will add to the rich legacy of the Olympic Movement in China, Asia and the world,” he concluded.

The guests were welcomed to the outdoor ceremony, which was held at dusk, by Mr Li Jianming, Vice Minister of the General Administration of Sport in China and Vice President of the Chinese Olympic Committee.

The Vice President of organising committee HAGOC, Mr Zhou Jiangyong, introduced the global call for creative script-writers for the opening and closing ceremonies and also the slogan of the 19th Asian Games.

The Archaeological Ruins of Liangzhu City have been recognised by UNESCO for providing evidence of 5,000 years of Chinese civilisation.