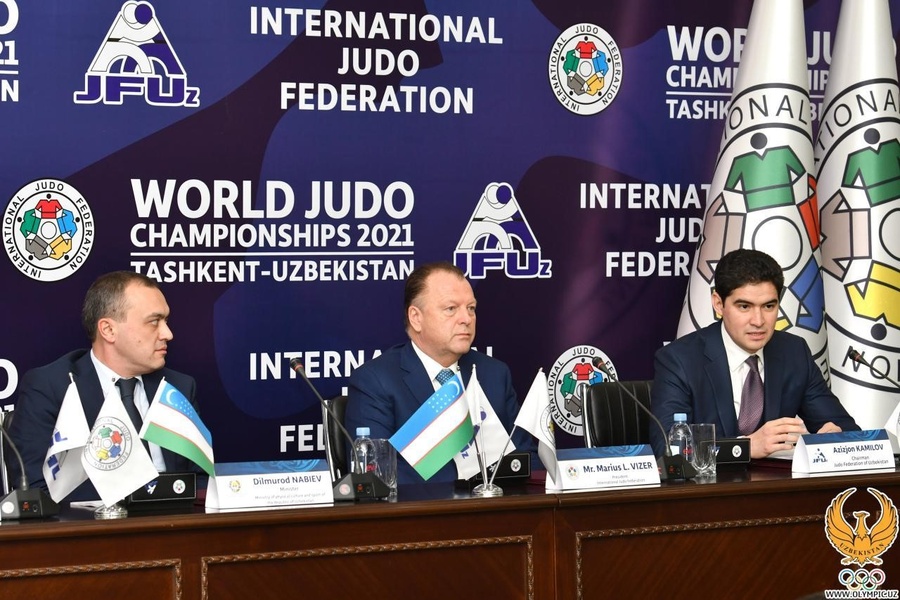 IJF President Marius Vizer signed the contract with the President of the Judo Federation of Uzbekistan, Azizjon Kamilov, at the National Olympic Committee of Uzbekistan in Tashkent.

Vizer said: “The Championships is a great occasion to promote the values of Uzbekistan and the values of judo to the world. I hope this great event will be an inspiration for the younger generations all over the world to enjoy judo and all other sports.”

The event had originally been awarded to the Austrian capital of Vienna but the hosting rights were lost following funding issues.

“The Judo Federation of Uzbekistan has organised a series of big events in Tashkent. The last Grand Prix was held in the brand new Humo Arena and we hope that the next World Judo Championships will be one of the best,” said Uzbek judo chief Kamilov.

For the first time in judo history, the IJF and the International Blind Sports Federation are planning to host a joint 2021 World Judo Championships, with the IBSA competition immediately following the worlds.