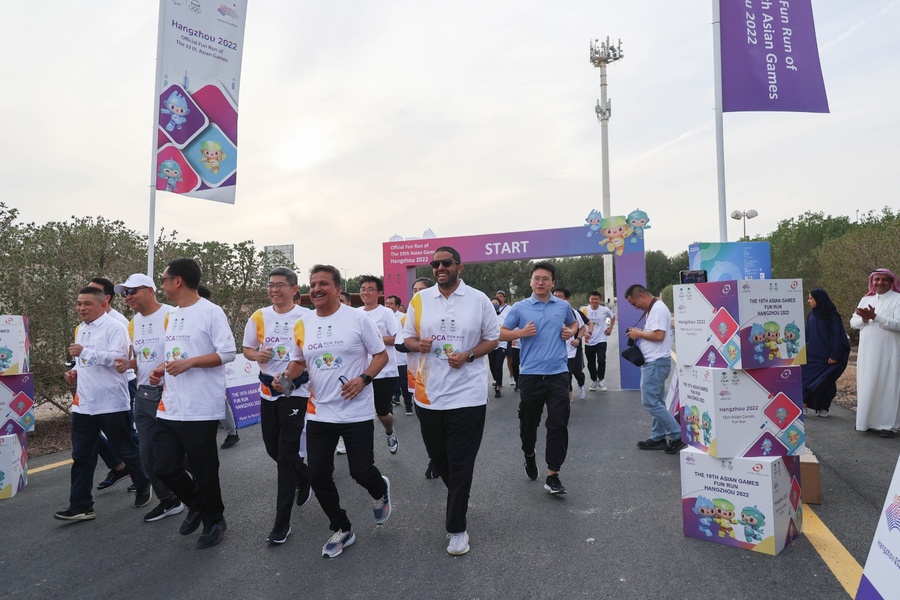 The fun run, which is part of the OCA’s “Asian Games for All” promotion campaign, took place on the sidelines of the OCA/Olympic Solidarity Regional Forum and involved representatives of the Hangzhou Asian Games Organising Committee (HAGOC), OCA, National Olympic Committee delegates and executives and staff from the Saudi Olympic and Paralympic Committee (SOPC).

Representatives of security specialists Hikvision, official sponsor of the 19th Asian Games in Hangzhou, China next September, as well as the Chinese Business Association in Saudi were also in attendance.

Abdulaziz Al Baqous, Executive Director for Marketing and Communications of the SOPC, said it was a pleasure to host the fun run in Riyadh.

“It is very nice. We welcome all the members of the organising committee of the 19th Asian Games. We are happy to have them here in Riyadh,” he said.

“This activity will be a promotional event for the Games. Everyone in Saudi is excited about the Games and excited for the strategic and very important relationship we have with the Olympic Council of Asia.”

Regarding the participation of NOCs who had just arrived in Riyadh for the forum starting the following day, including Japan and Hong Kong, China, Abdulaziz added: “First of all I congratulate Japan for their amazing performances in the World Cup.

“We support them – and I welcome everyone who represented their NOCs here in the event and hopefully they are having good times in Riyadh.”

There was also several women at the event, and they received medals during the prize presentation for their contribution to the organisation of the fun run.

Abdulaziz said the percentage of female employees was growing all the time within the sports movement, not just in the SOPC but also in the national sport federations.

“Now in the Olympic Committee we have a very high percentage of female employees. This is like a very smooth reflection of the new initiatives - almost 30 per cent of board members of the federations are females.

“Plenty of employees are female in the Olympic Committee and we are getting to see a lot of female representation in the sporting sector.” 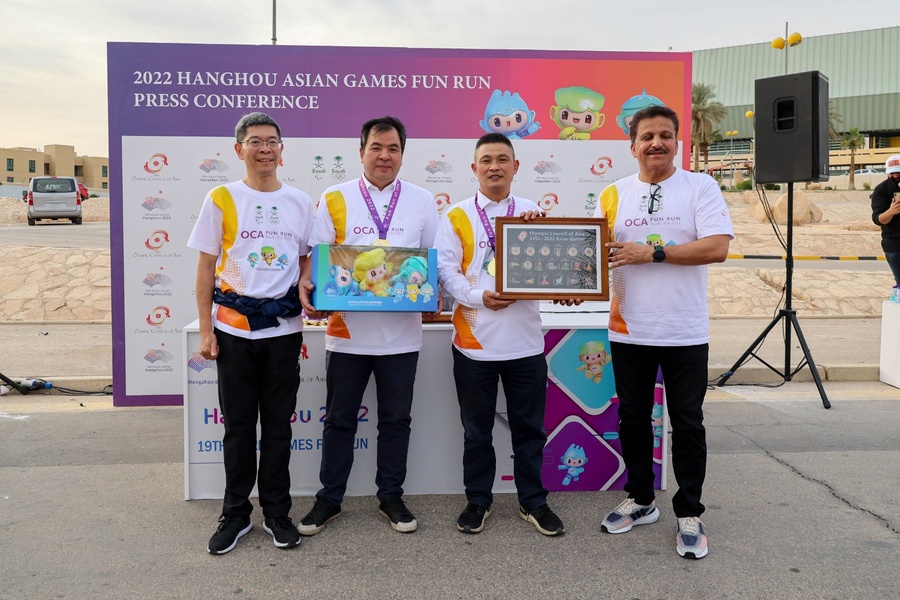 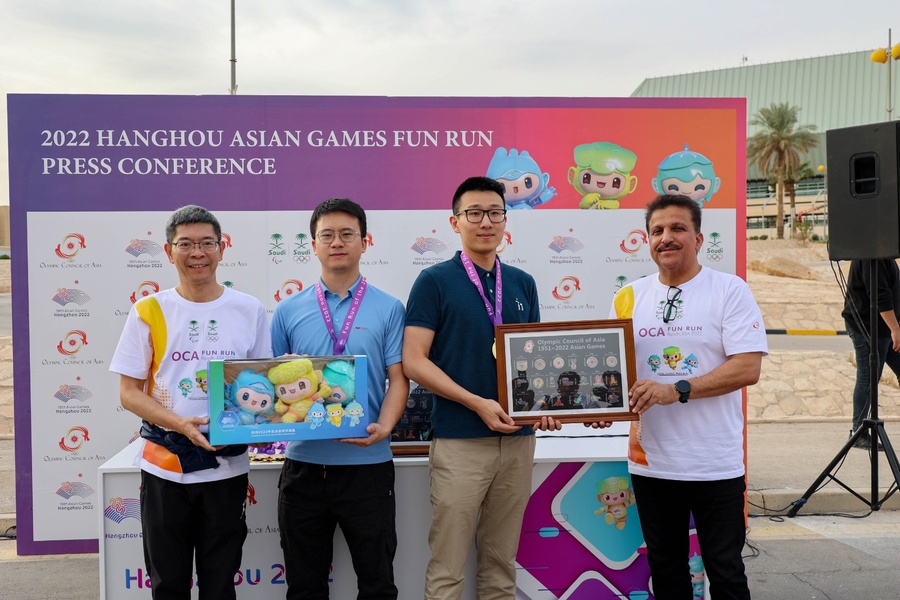 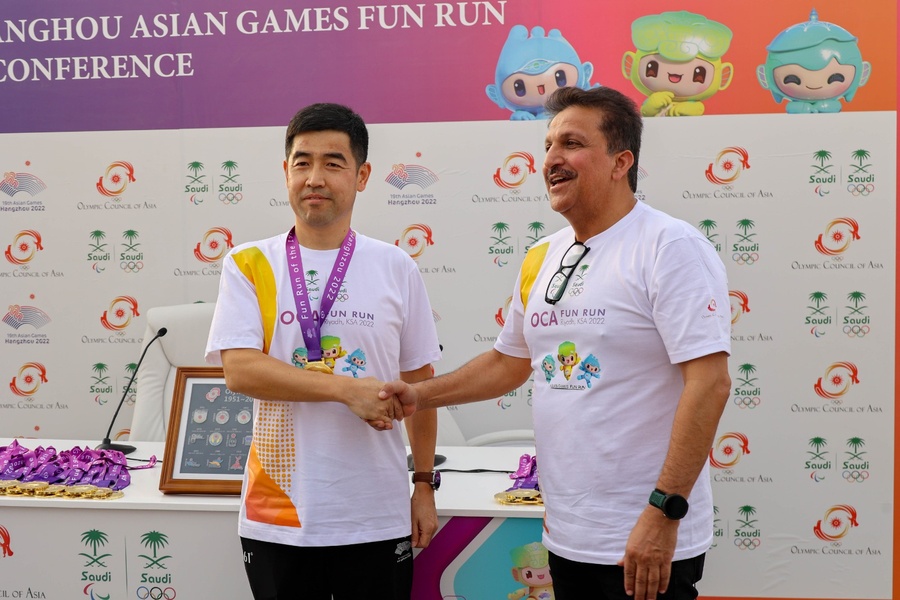 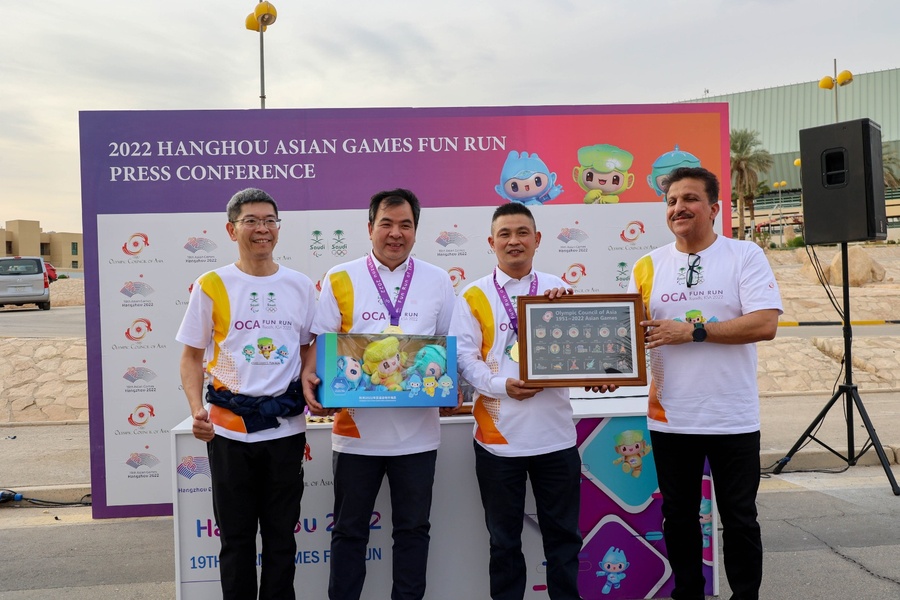 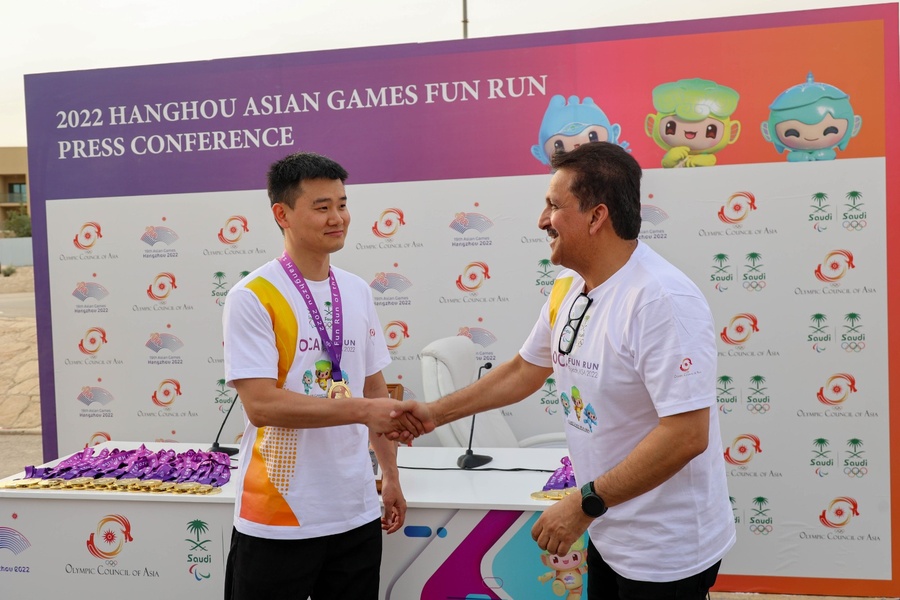 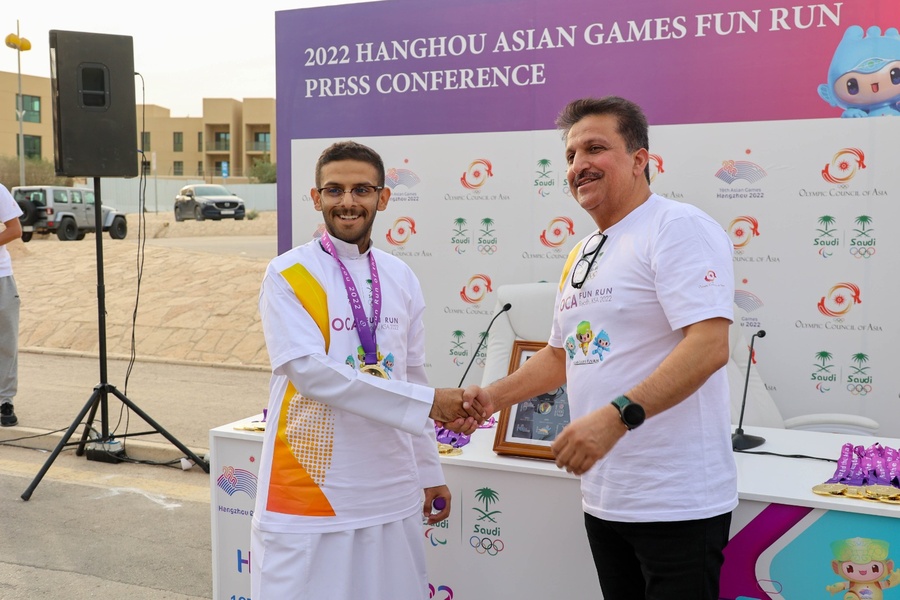 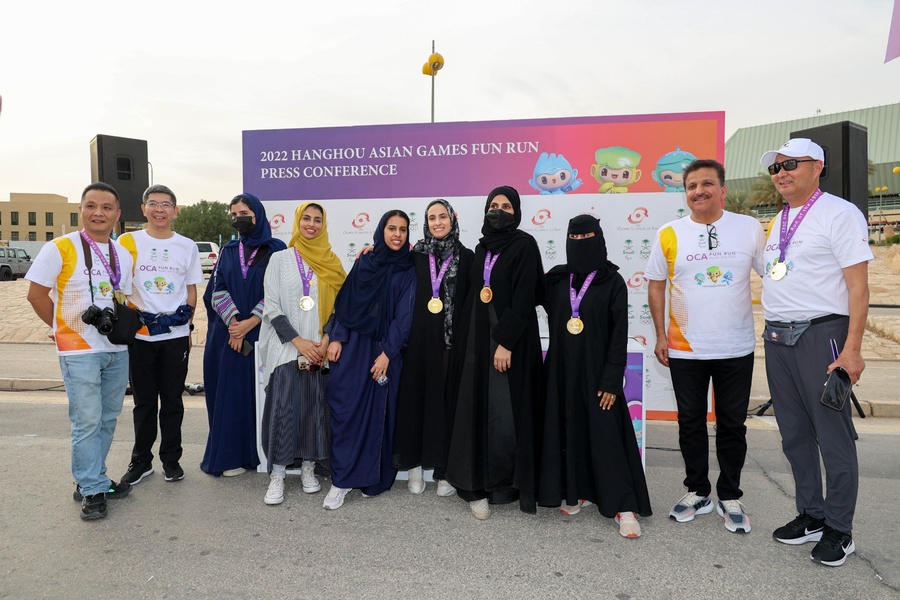 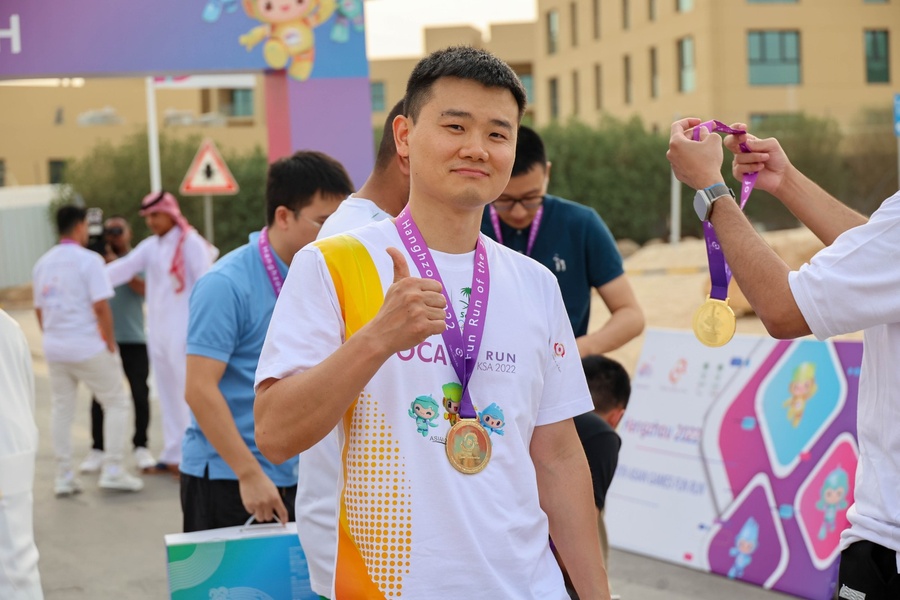 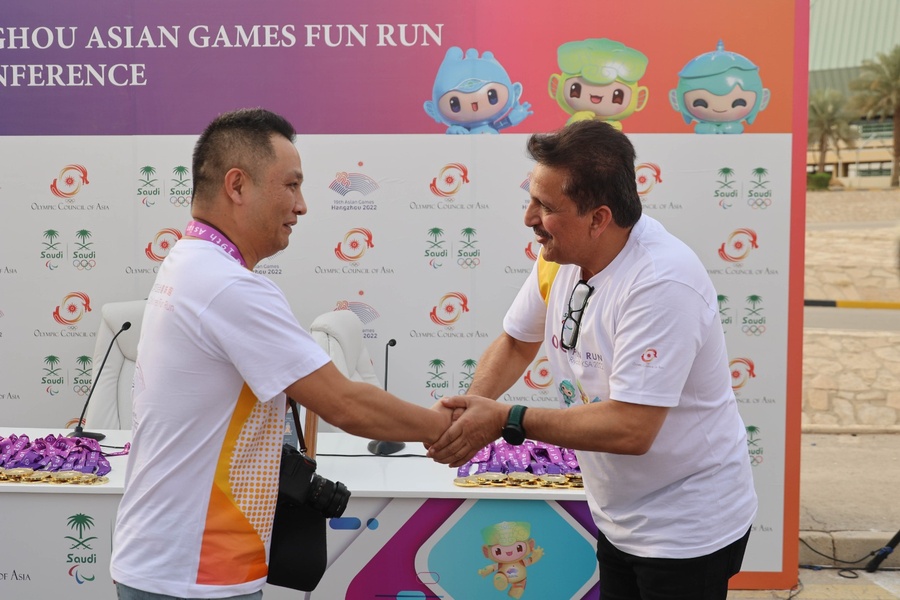 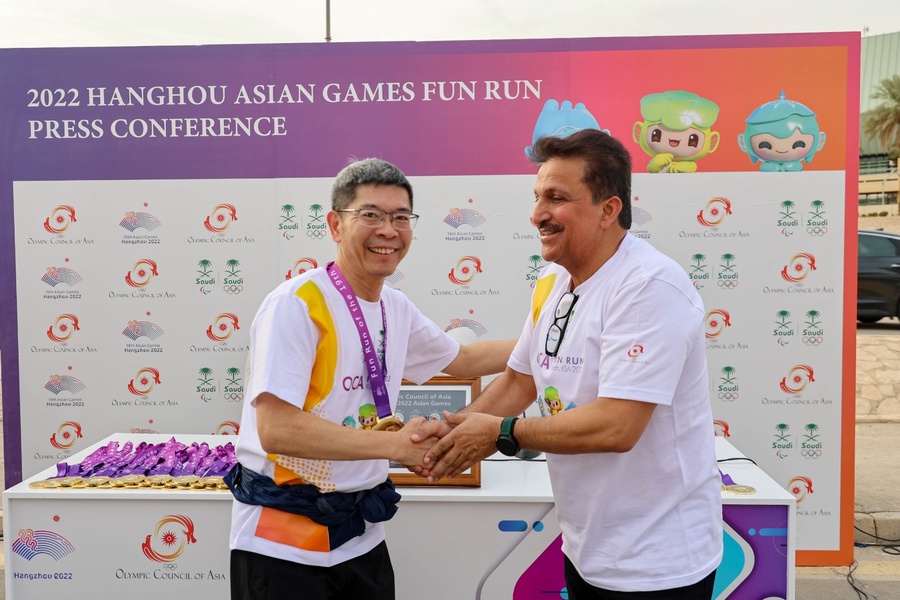