Maldivian government to push for taekwondo to be a national sport 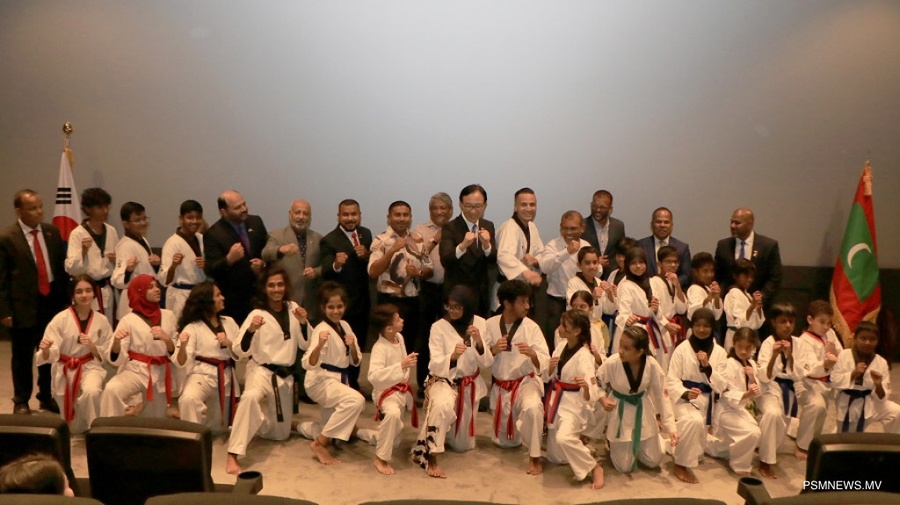 Male, Maldives, December 4, 2022: The Maldivian Government will push for taekwondo to become a national-level sport according to a senior government minister.

Speaking on the occasion to commemorate the 55th anniversary of diplomatic relations between the Maldives and South Korea last week, Minister of Youth, Sports and Community Empowerment Ahmed Mahloof revealed that the government was working to make taekwondo a national-level sport.

Minister Mahloof who was the Chief Guest at the ceremony said the Maldives and South Korea would continue to work together to further develop relations, as well as increase cooperation in culture and sports.

The Ministry of Foreign Affairs and the Embassy of South Korea in the Maldives held a Maldives-Korea Festival to mark the 55th anniversary of diplomatic ties between the two countries.

A special taekwondo demonstration was performed and a Korean movie was screened at the event.

Speaking at the event, Ambassador of South Korea to the Maldives, Jeong Woon Jin noted the close diplomatic relations between the two countries and their efforts to work together bilaterally in areas of mutual interest.