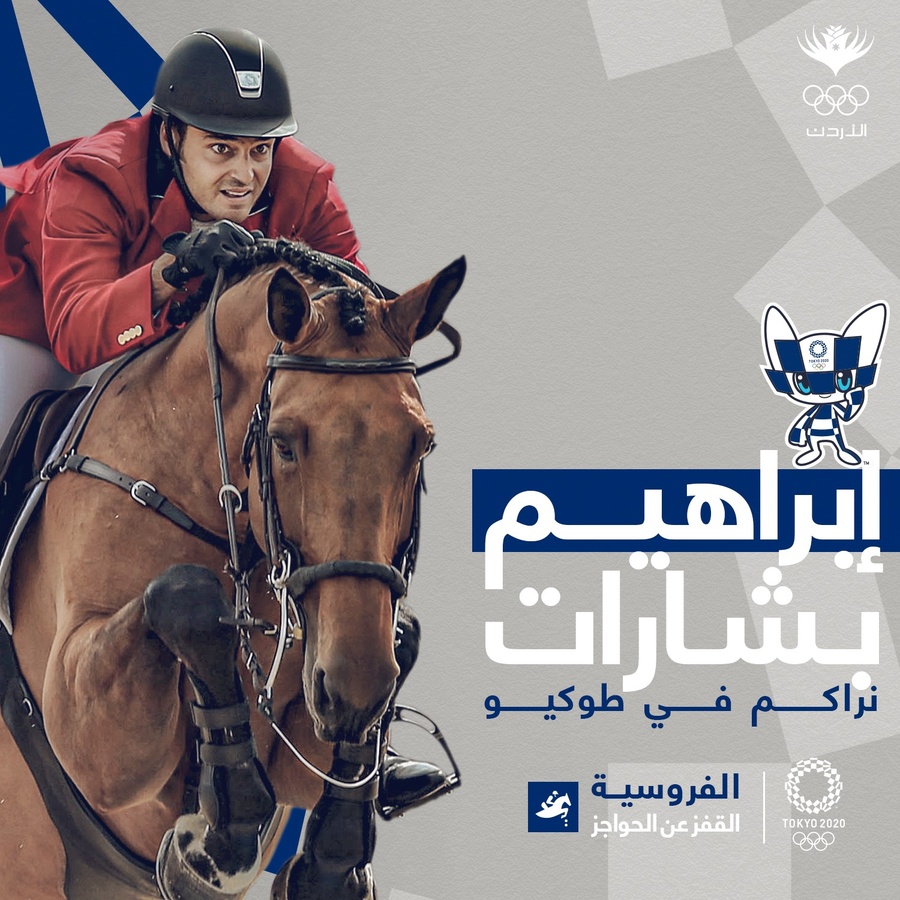 The 35-year-old Bisharat confirmed his place after finishing second in the end-of-year rankings for Group F countries that include 66 nations across Asia and Africa. Bisharat was riding stallion Chactino.

Bisharat has previously taken part in the 2004 Athens, 2008 Beijing and 2012 London Olympic Games.

“It has been a long road and hard work but to qualify makes it all worthwhile. I am so happy and look forward to representing Jordan for the fourth time at the Olympics,” Bisharat said.

Jordan Olympic Committee Secretary General Nasser Majali praised the showjumper: “It’s great news for Jordan. He has worked so hard to book his place for the Olympics and he got his job done. We wish him all the best and hope this will inspire other athletes to join him in Tokyo this summer.”