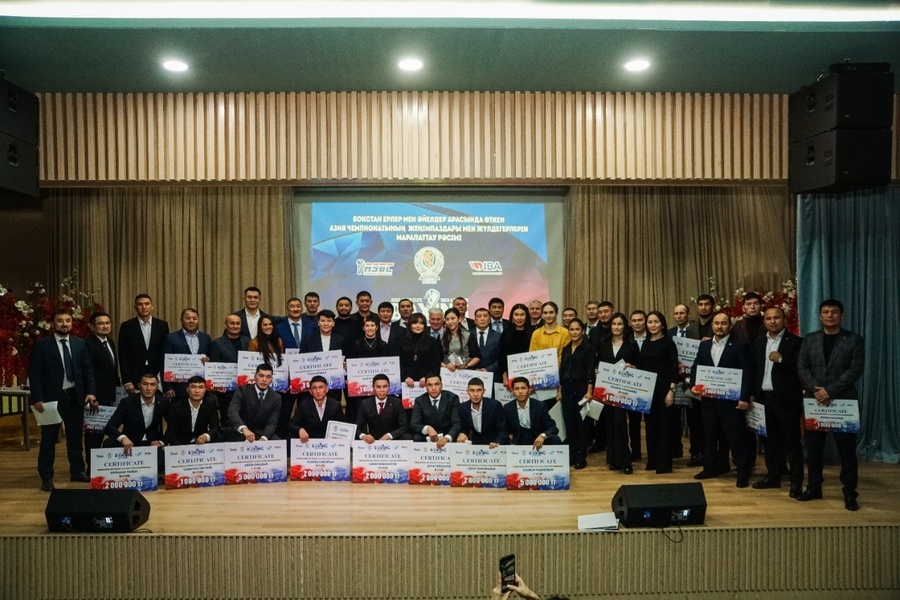 Almaty, Kazakhstan, December 1, 2022: The President of the Kazakhstan Boxing Federation, Kenes Rakishev, has pledged to raise the self-esteem of the national boxing squad “even higher” as the Central Asian nation eyes more medal success at the Hangzhou 2022 Asian Games.

Kazakhstan won a total of 21 medals – six gold, seven silver and eight bronzes – at the Asian Boxing Championships in Amman, Jordan last month. All the medal winners were felicitated at a ceremony in Almaty on Wednesday, November 30 where the Kazakhstan Boxing chief made his pledge.

“Our work with the athletes will definitely continue as we look ahead to the Asian Games in China and the World Cup in Uzbekistan,” said Rakishev. “I was at the tournament in Amman, and I noted that in the battle for gold medals, when it remains to take only half a step to the highest level, for some reason our boxers stop.

“I invited a famous coach from Moscow – Radislav Gandapas – in order to work on their psychology and, raise their self-esteem even higher and believe in themselves. We will continue working on this aspect,” added Rakishev.

Kazakhstan won two silver medals at the 2018 Asian Games in Jakarta and Palembang and has set their sights higher for Hangzhou, next September.