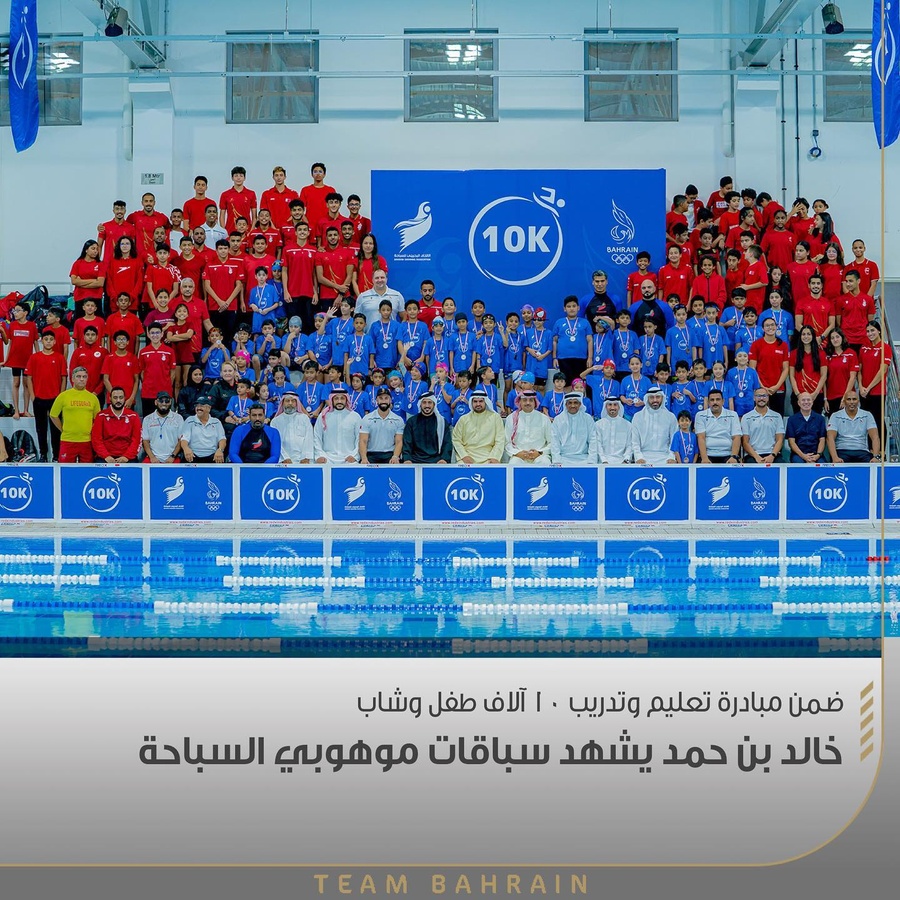 Manama, Bahrain, November 16, 2022: The Bahrain Olympic Committee has announced that more than 6,000 young swimmers have joined the campaign to teach swimming to 10,000 children since the initiative was launched just four months ago.

The campaign to introduce swimming to 10,000 children - and possibly unearth a swimming superstar or two - began in July and the organisers are already at 60 per cent towards their target.

“Swimming is a core sport, and the purpose of the initiative is to teach young boys and girls basic swimming skills and promote fitness amongst youth while discovering hidden talents that could flourish as professional athletes,” the Bahrain Olympic Committee said.

“As reported by the initiative members, 56 talents were discovered amongst the 6,000 swimmers.”

To celebrate this 6,000-member milestone, a visit was arranged on November 13 at Bahrain Swimming Association, where a competition was held between the programme participants.

During the event, the “10k Programme” participants demonstrated their swimming skills and participated in a swimming competition which ended with an award ceremony for all the participants.

At the end of the event, the Bahrain Swimming Association expressed their gratitude for the support of His Highness Shaikh Khalid Bin Hamad Al Khalifa and presented him with a souvenir bearing the slogan of the initiative.

The Bahrain Olympic Committee signed a joint cooperation agreement on July 17 with the Bahrain Swimming Federation aimed at training and teaching swimming to 10,000 children annually.

“Swimming is a basic Olympic sport. The signing of this agreement will result in the largest number of children of both sexes being involved in swimming,” Secretary General Al-Kooheji said at the time. 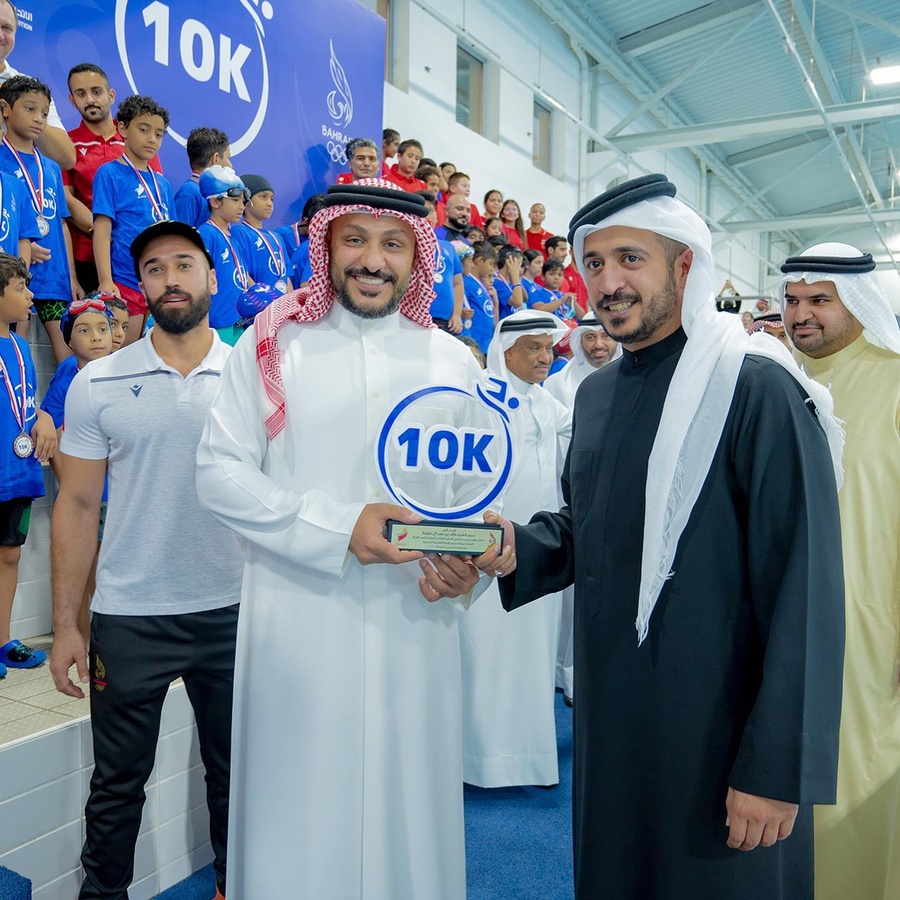 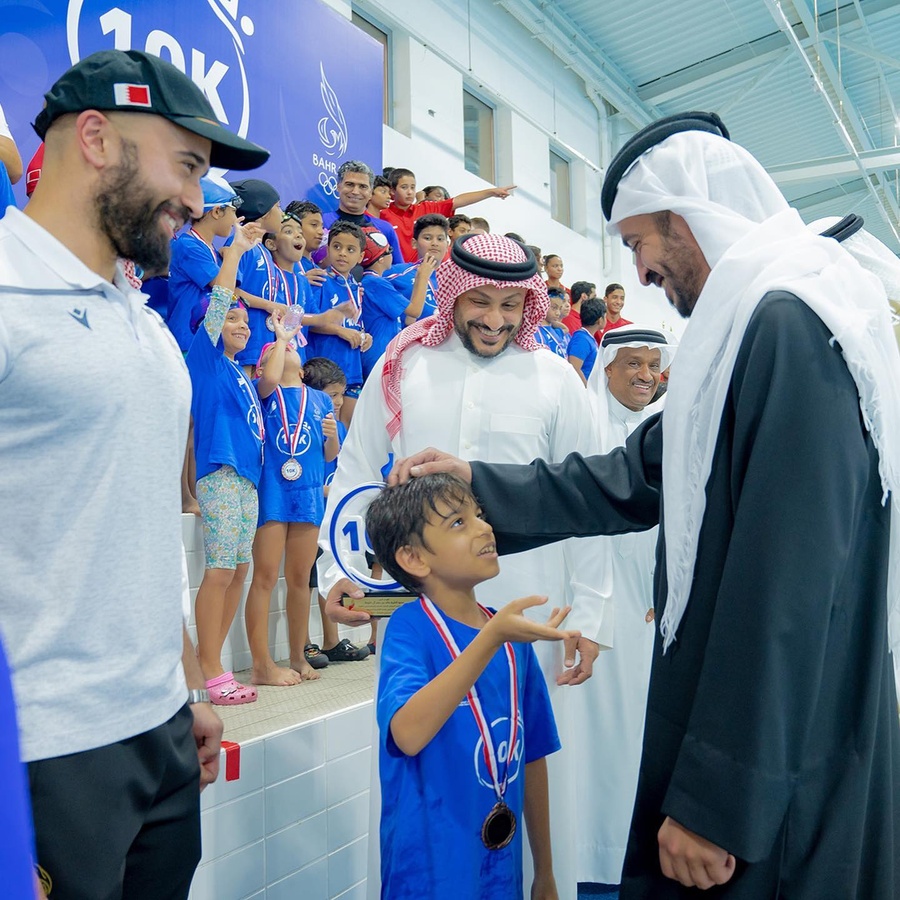