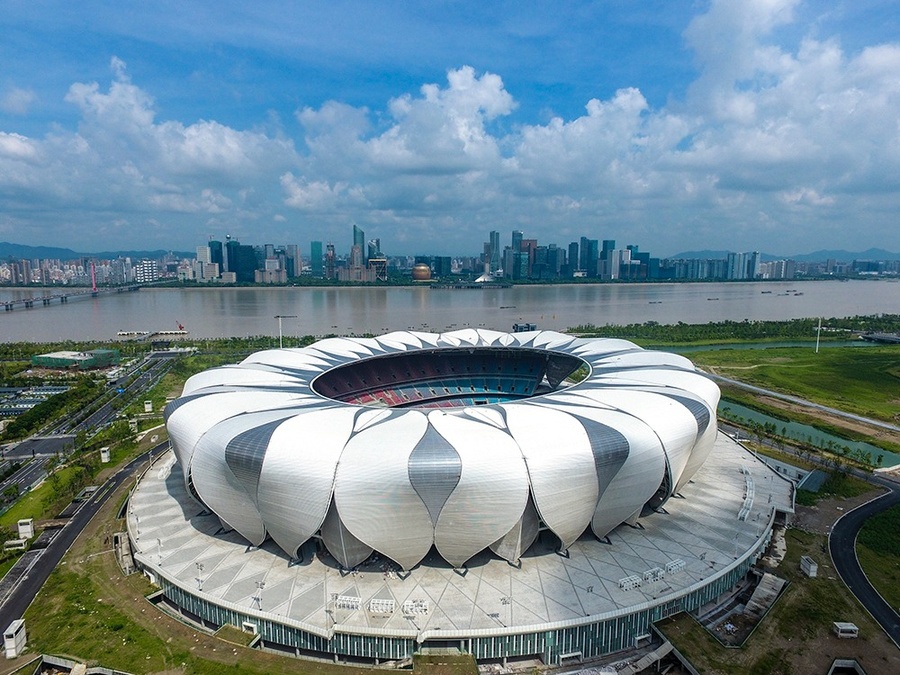 Hangzhou, China, November 10, 2022: Organisers of the 2022 Hangzhou Asian Games aim to host the most successful Asiad by making the best use of an extra year of preparations.

"In terms of preparatory works, hardware facilities or software operations, we are quite ready," said Mao Genhong, deputy secretary general of the Hangzhou Asian Games Organising Committee (HAGOC) on the sidelines of the ongoing fifth China International Import Expo in Shanghai.

"We have completed almost everything related to the Games, including the venue construction, team-building and operational arrangements."

Mao, who is also deputy secretary general of the Hangzhou government, said the extra year to prepare for the Games had provided the organisers with the opportunity to enhance the quality of the event.

"Our goal is to host the most successful Asian Games in history," he said.

The remaining months leading up to the major sporting event will be spent on venue maintenance, test events and enhancing the digital aspects of the Games.

"We will launch a series of landmark projects related to 'intelligent' games and welcome the event with our best form," he noted.