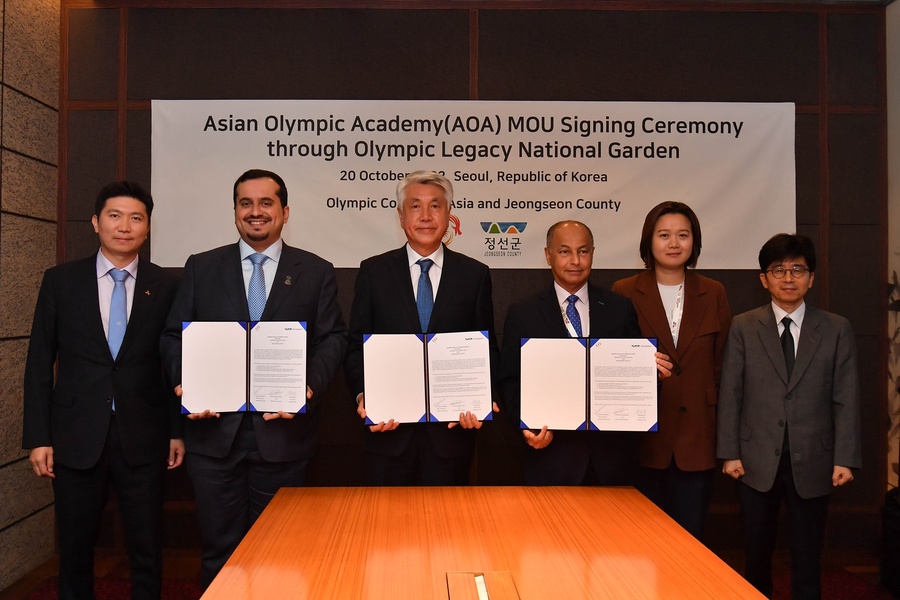 Seoul, Korea, October 20, 2022: The Olympic Council of Asia signed a Memorandum of Understanding with Jeongseon county in Gangwon province to establish the Asian Olympic Academy in Korea.

Gangwon hosted the OCA’s fourth Asian Winter Games in 1999, and Jeongseon staged the alpine skiing events of the PyeongChang Winter Olympics in 2018. It will also host the alpine skiing and freestyle skiing moguls at the Winter Youth Olympic Games in 2024 at the Jeongseon High 1 Ski Resort.

Mr Al Musallam said the signing ceremony was a “very important step” in terms of the development Olympic education in Asia.

“The Asian Olympic Academy has been a long time in the planning, 20 years, not just the idea but also the manual and the work, but not implemented,” said Mr Al Musallam.

“Now this Olympic city of Jeongseon in Gangwon province, Korea came forward to have the base of the Asian Olympic Academy.

“The Asian Olympic Academy will take care of Asian development in education in coordination with the OCA Education Committee and the International Olympic Academy.

“So, I think this signing ceremony is a very important step for the education part. It is very good for the future. The idea and the work have been more than 20 years and now it has happened.”

The OCA Director General added: “I am very happy that His Excellency the Mayor is with us today for the signing ceremony and also His Highness Prince Fahad as Chair of the OCA Education Committee.

“We are moving also to signing an agreement with the International Olympic Academy in Greece and this will complement Asia and the IOA together for the benefit of our athletes.”

The Asian Olympic Academy is set to open in 2023 with Asian students being nominated by their respective National Olympic Committees based on a series of criteria.

IOC Member Ryu Seung Min will play a key role in the setting up of the Asian Olympic Academy and also attended the signing ceremony. 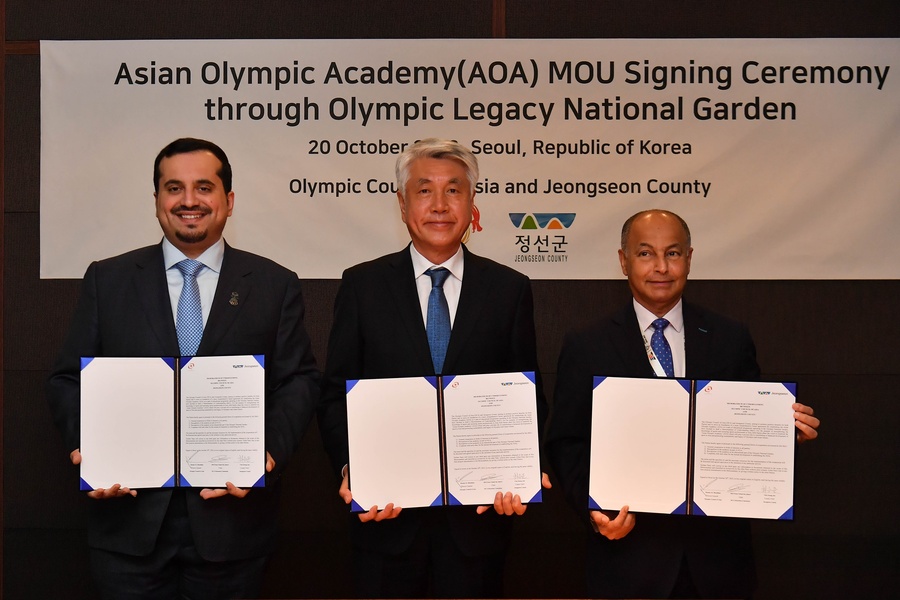