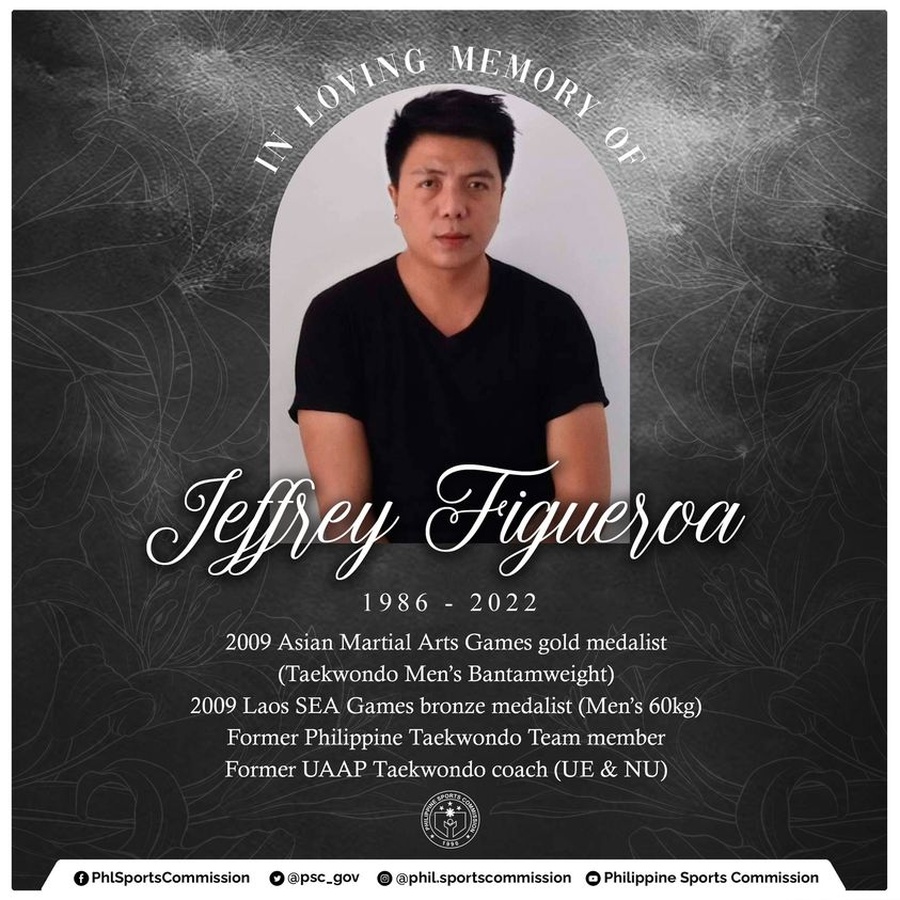 Manila, Philippines, September 21, 2022: The Olympic movement in the Philippines is mourning the passing of taekwondo champion Jeffrey Figueroa at the age of 36.

The government’s sports agency, the Philippine Sports Commission, posted a tribute to Figueroa on their Facebook page on September 20 recognising the achievements of “Coach Jeff”.

Figueroa was one of two gold medal winners for the Philippines at the Olympic Council of Asia’s first Asian Martial Arts Games in Bangkok in 2009, winning the gold medal in taekwondo at men’s bantamweight -62kg.

As a member of the national team, he also won a bronze medal at men’s 60kg in the 2009 Southeast Asian Games in Laos.

He was also a well-respected coach for the University Athletic Association of the Philippines (UAAP) at the University of the East and National University and was the founder and CEO of the Beowulf taekwondo team at the PTA.

The Philippine Taekwondo Association, describing him as a “PTA coach, athlete and friend”, said: “PTA is sad to share the news of the passing of one of our own, Jeffrey Figueroa. He was a good coach who inspired many.  Our deepest condolences to his family and loved ones.”

Figueroa died on September 20 after suffering complications from a brain tumour.