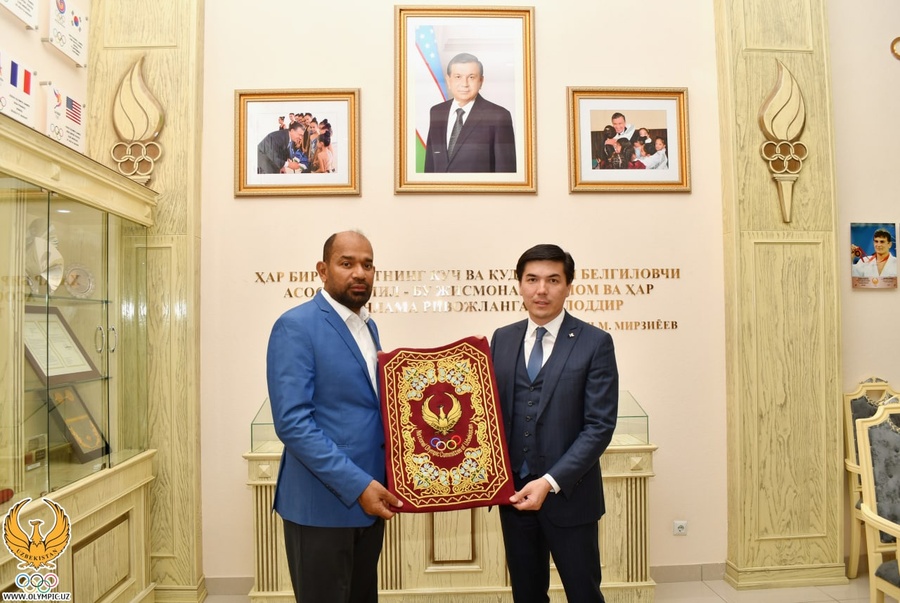 During the meeting, the conversation ranged from preparation for the 4th Asian Youth Games in Tashkent in 2025, and the Asian Open Water Swimming Championship which gets underway in Samarkand on Thursday, September 22.

Uzbekistan NOC Secretary General Kasimov noted that preparations for the 4th Asian Youth Games was personally under the ambit of the Head of State, President Shavkat Mirziyoyev, and assured that sports facilities under construction would meet all the requirements of world standards.

A separate conversation was also held with a representative of Myrtha Pools which presented its project details for the Tashkent 2025 showpiece. Kasimov thanked the Italian specialist for the blueprint and noted that the proposal will be studied by expert officials.

In turn Taha Al Kishry touched on the dynamic development of sports in Uzbekistan and also said he was pleased with the preparations for the three-day continental championships in Samarkand. 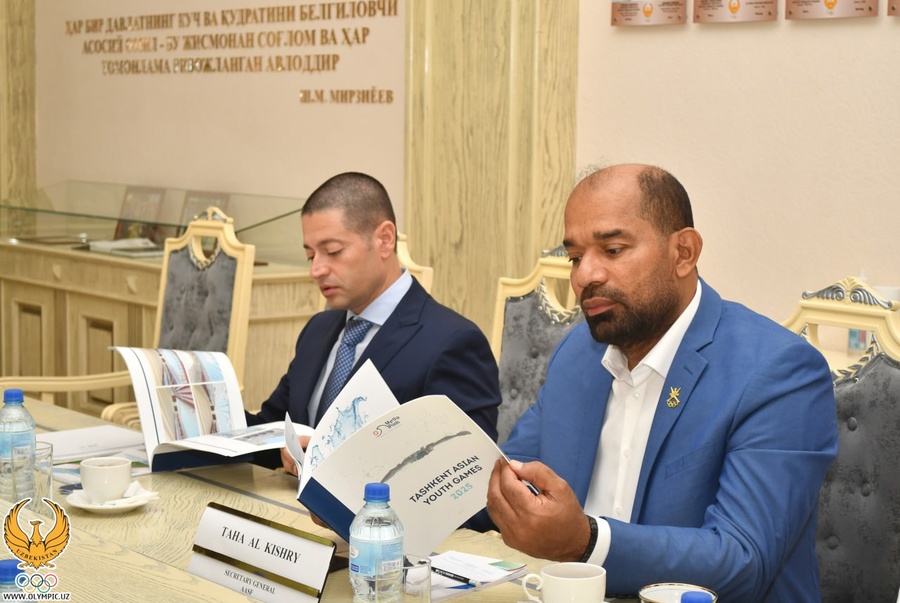 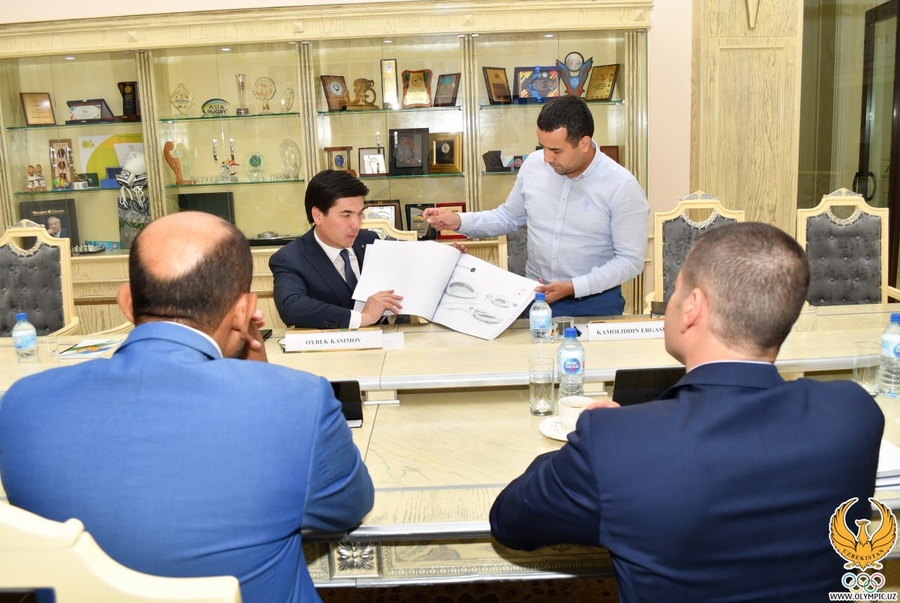 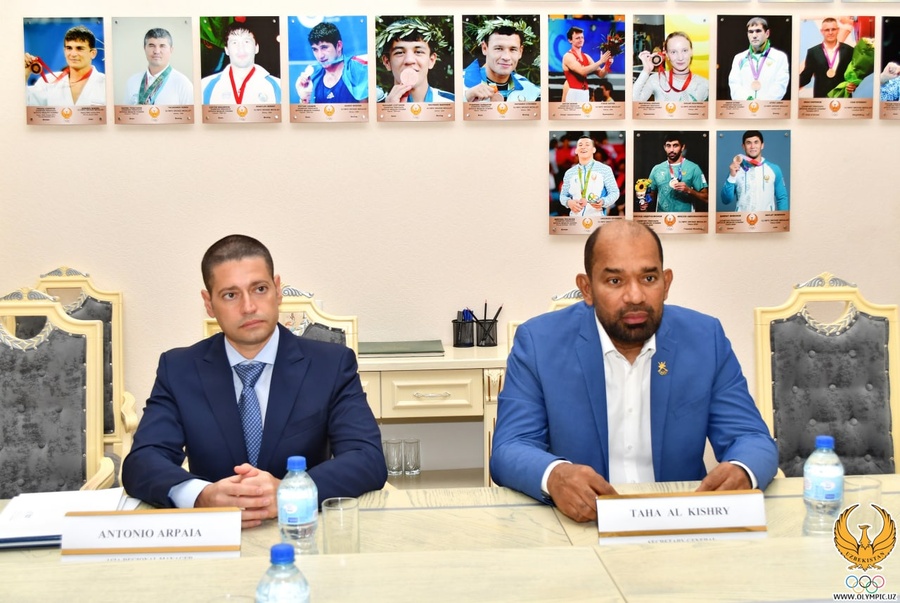