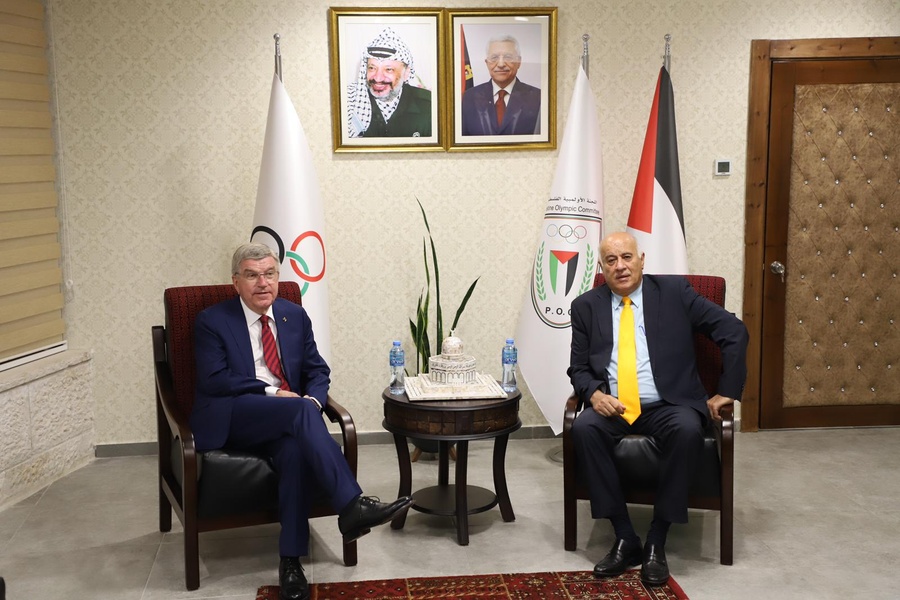 Ramallah, Palestine, September 19, 2022: The President of the International Olympic Committee, Thomas Bach, arrived in Palestine on Sunday, September 18, on a two-day official visit.

President Bach was greeted on arrival in Ramallah by Maj. Gen. Jibril Rajoub, the President of the Palestine National Olympic Committee, and the Governor of Ramallah, Laila Ghannam.

Bach’s visit to Palestine is meant to forge closer ties and emphasise the partnership between Palestinian sports and the International Olympic Family.

Soon after his arrival, Bach met with the President of the Palestinian National Council, Rouhi Fatouh, who expressing his happiness at the visit of the IOC chief, noted that sports was a bridge between peoples and cultures.

On Monday, September 19, Bach visited the headquarters of the Palestine National Olympic Committee where he met leading local officials including NOC President Rajoub, members of the executive board as well as a number of heads of sporting associations.

He was then due to visit the offices of the Palestinian Football Association, then head to the Faisal Al-Husseini Stadium in Ram in North Jerusalem before meeting athletes at Ahmed Al-Shaqiri Hall. 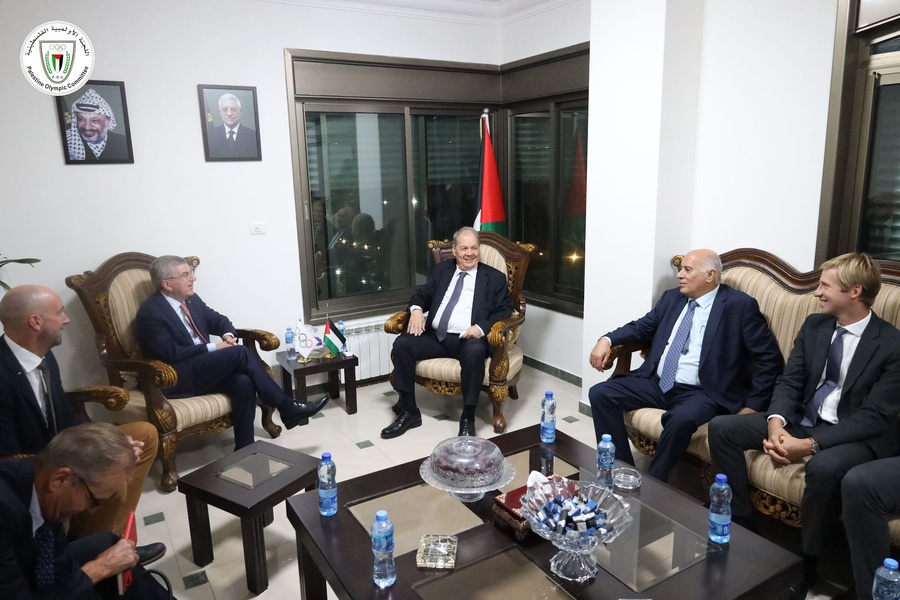 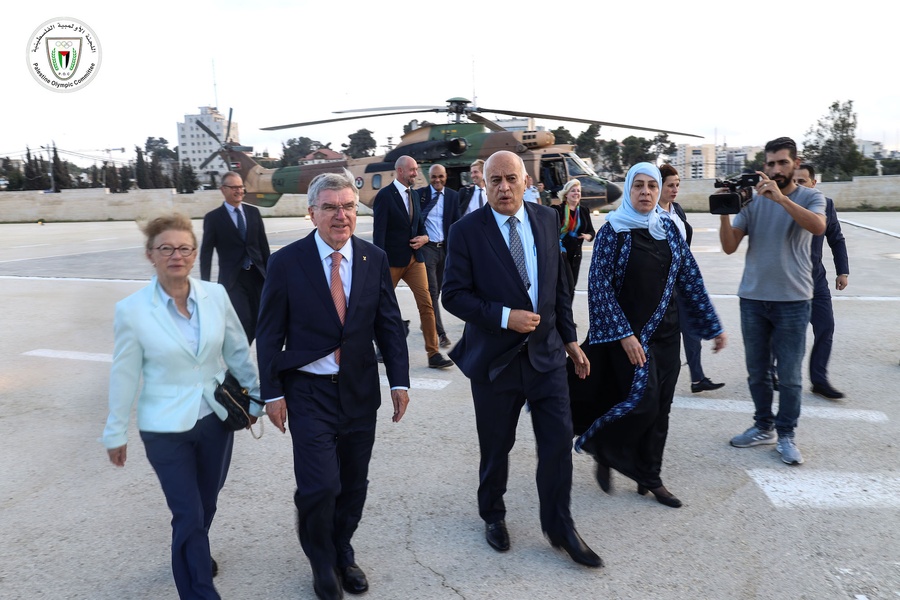 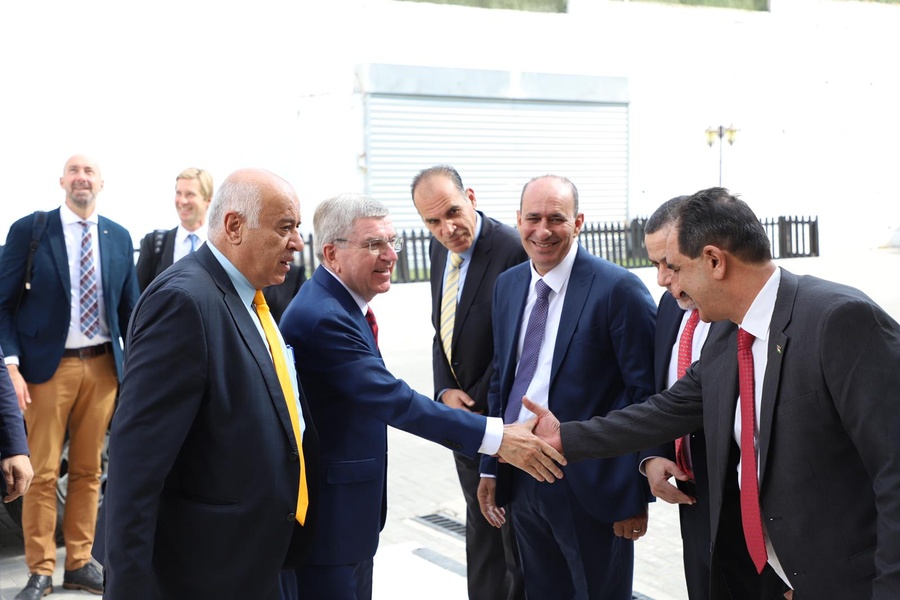