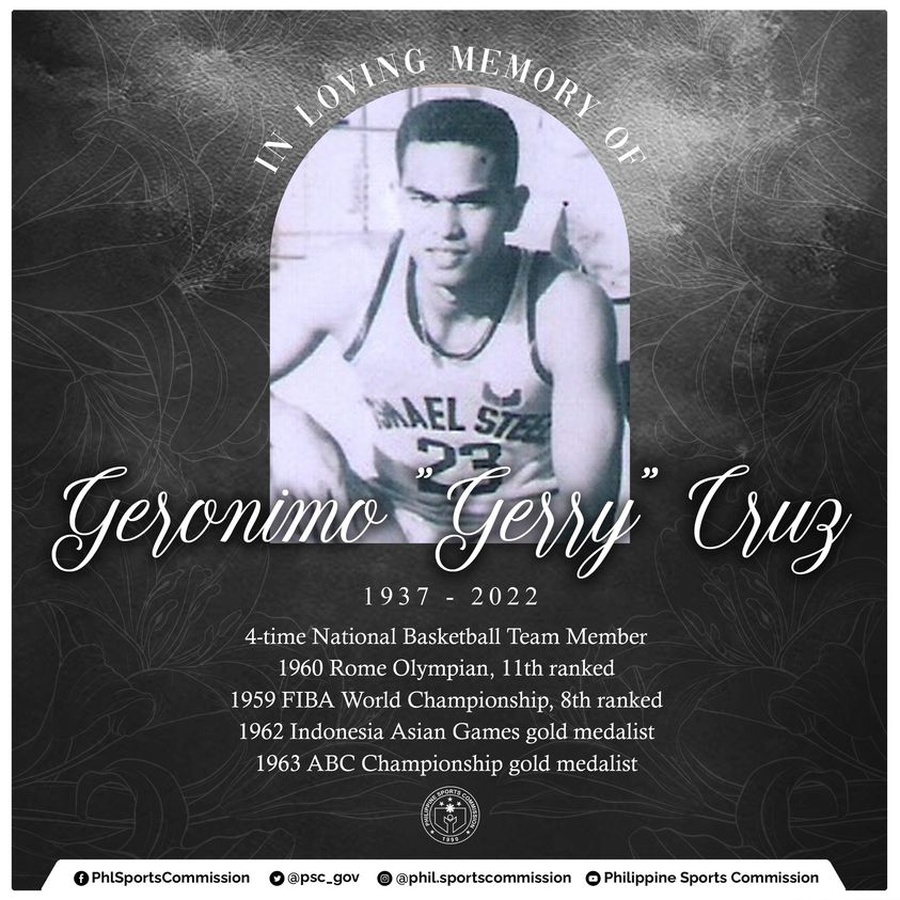 Cruz was a member of the Philippines men’s basketball team that won gold at the Asian Games in Jakarta in 1962.

He also played at the 1960 Olympic Games in Rome and averaged 9.4 points per game as the Philippines finished ranked 11th.