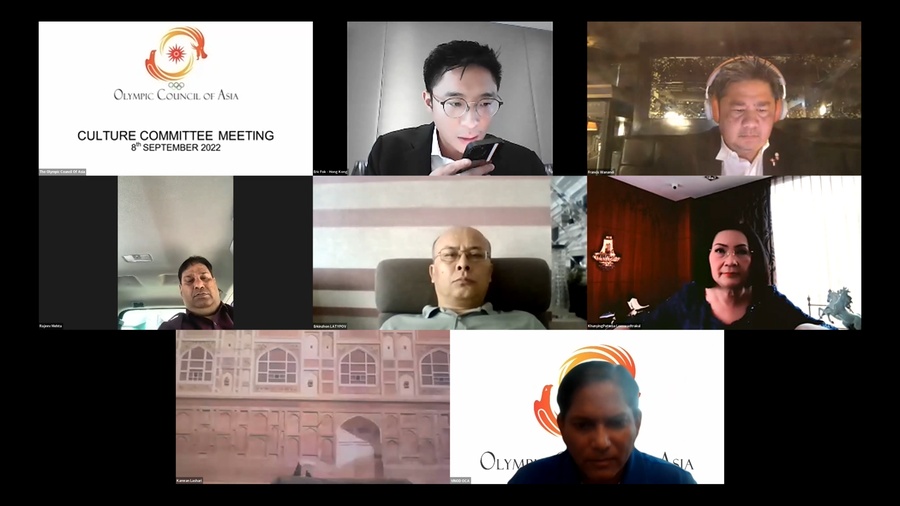 Kuwait City, Kuwait, September 8, 2022: A two-pronged approach to promote Asian culture at the 19th Asian Games in Hangzhou, China next September was put forward by the Olympic Council of Asia Culture Committee at a Zoom meeting on Thursday, September 8.

The first method was presented by OCA Culture Committee Chair, Mrs. KhunyingPatama Leeswadtrakul, who outlined an eight-step plan to support the Hangzhou Asian Games Organising Committee in highlighting the rich culture and history of the continent at the Asian Games from September 23-October 8, 2023.

The eight steps to highlight culture at the heart of the Asian Games included providing content on OCA media platforms; creating a campaign within the Asian National Olympic Committees; to provide ideas to HAGOC on how to incorporate the art, music and culture of each country; and to provide a networking collaboration.

The second approach to promote Asian culture at the Hangzhou Asian Games was on crafting a One Asia concept with the goal of celebrating the diversity of games and sports in Asia.

With this goal in mind, the Culture Committee put forward a request to the OCA to carry out research and gather content about Asian sport and games.

Mr. Vinod Tiwari, OCA Director, NOC and International Relations and Marketing Department also updated members on the activities of the Olympic Council of Asia from January to November, 2022. 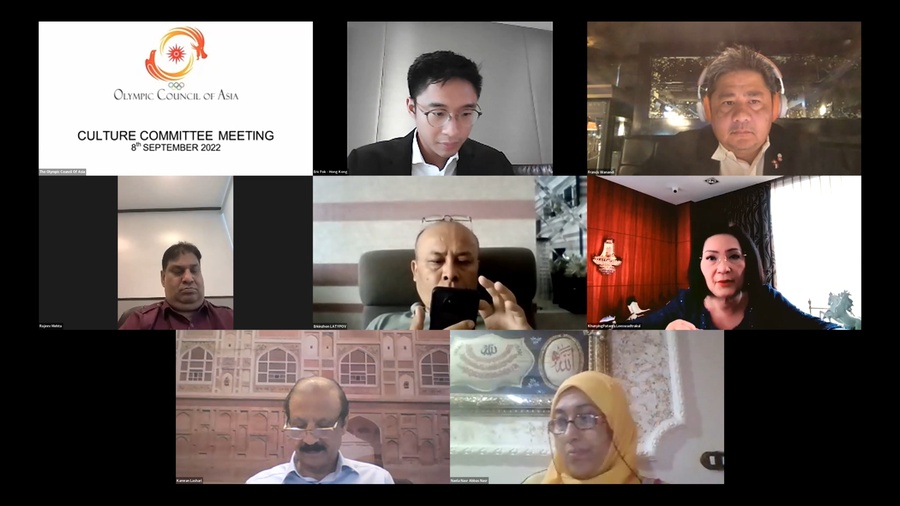